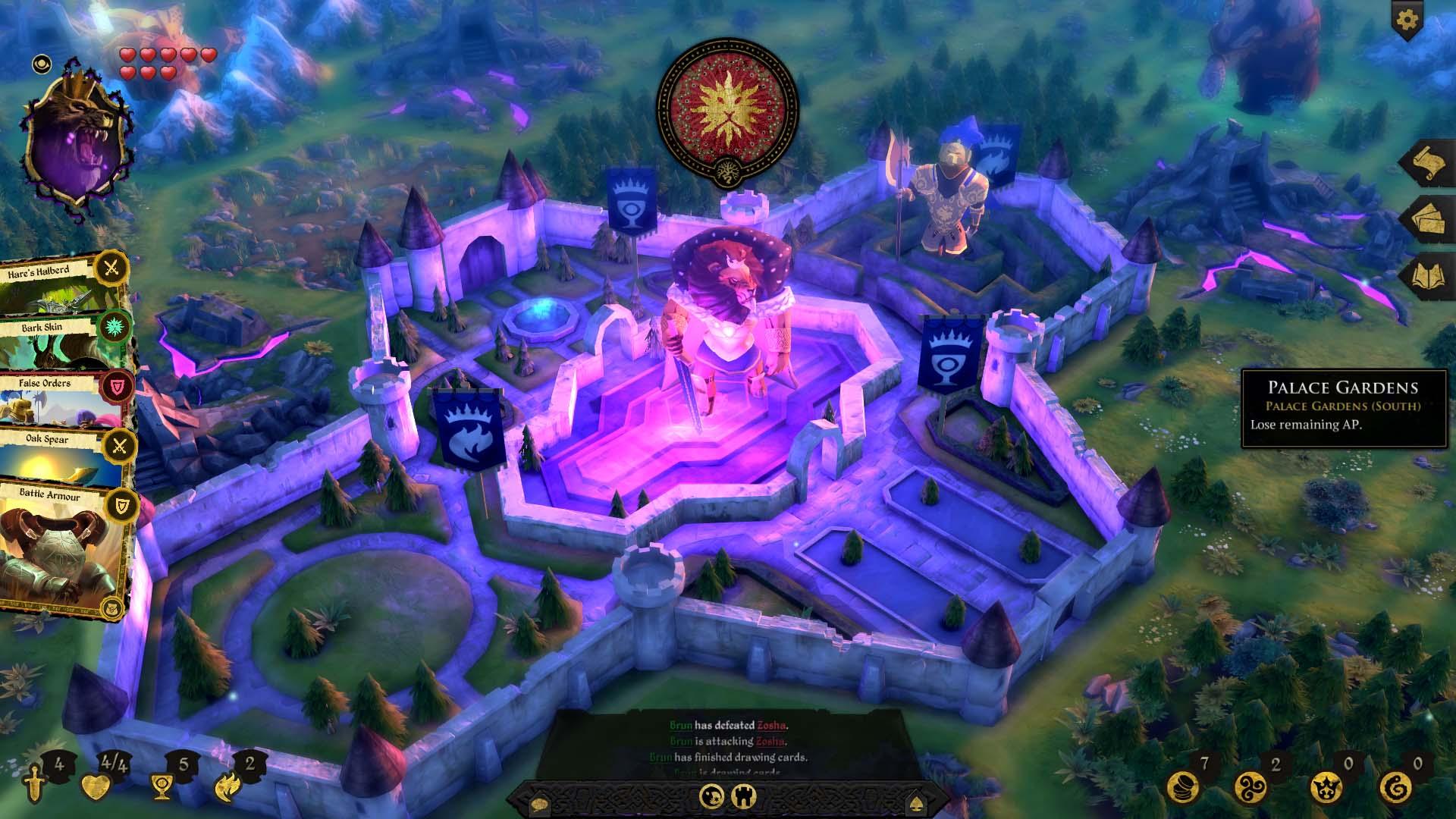 Armello is a grim fairy-tale board game come to life, with every match combining deep, tactical card play, rich tabletop strategy and RPG elements. Leverage subterfuge, spells and careful strategy to wrangle control of the game's chaotic odds as you quest for the throne.

Armello is a grand swashbuckling adventure that combines three styles of play; The deep tactics of card games with the rich strategy of table top board games, combined with a character role-playing system.

As a hero from one of the clans of Armello, you'll quest, scheme, hire agents, explore, vanquish monsters, cast spells and face off against other players, with one ultimate end goal in mind — storming the palace and becoming King or Queen of Armello. The Kingdom of Armello is as dangerous as it is beautiful, perils, banes and bandits hide around every corner and a spreading corruption known as the rot is leaving no creature untouched.

Armello is League of Geeks’ attempt to revolutionise digital board and card games, whilst providing players a rich world within which they can craft their own stories of epic adventure. The aim was to create a rich game full of backstabbing, close shaves, shattered alliances, ruses and empty promises - a perfect game to play online with your friends.

Games have similar tags:
Banners of Ruin
Assemble your party. Answer the call. Win the war. Build a deck and fight a series of turn-based combats with up to 6 party characters through the city of Dawn's Point. Each character can unlock a set of unique cards and abilities that can augment your deck in powerful, exciting ways.
Kemono Mahjong
Riichi Mahjong - A fun, strategic variant of the classic multiplayer game!
Super Animal Royale
It’s a fight for furvival! Super Animal Royale is a 64-player, frenetic, top-down 2D battle royale where murderous animals fight tooth, claw, and machine gun across an abandoned safari park.
Meadow
A forum in games clothing, this online fable experience lets old and new fans of the Shelter series come together and encounter a peculiar world.
Comments (0)
Login
Write the first comment!
Sitemap
HomeGame ListAuthor ListTag List
Languages
English简体中文繁體中文日本語
Feedback
Site Status