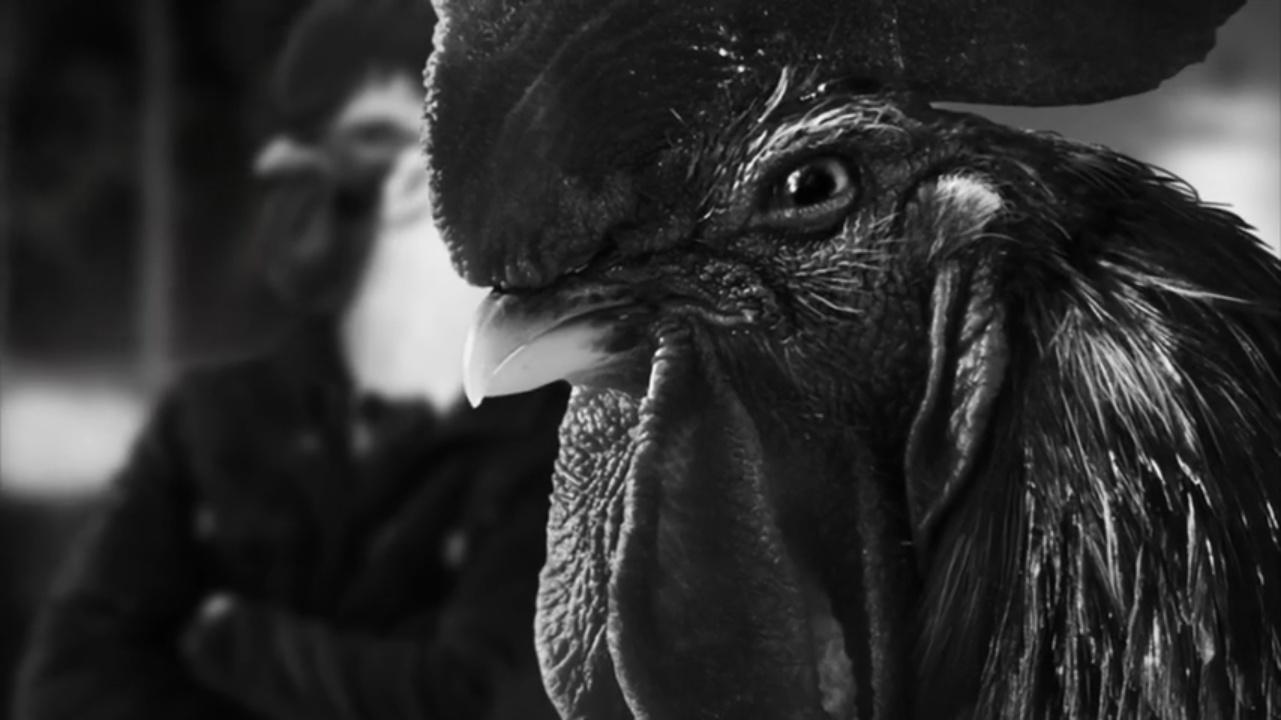 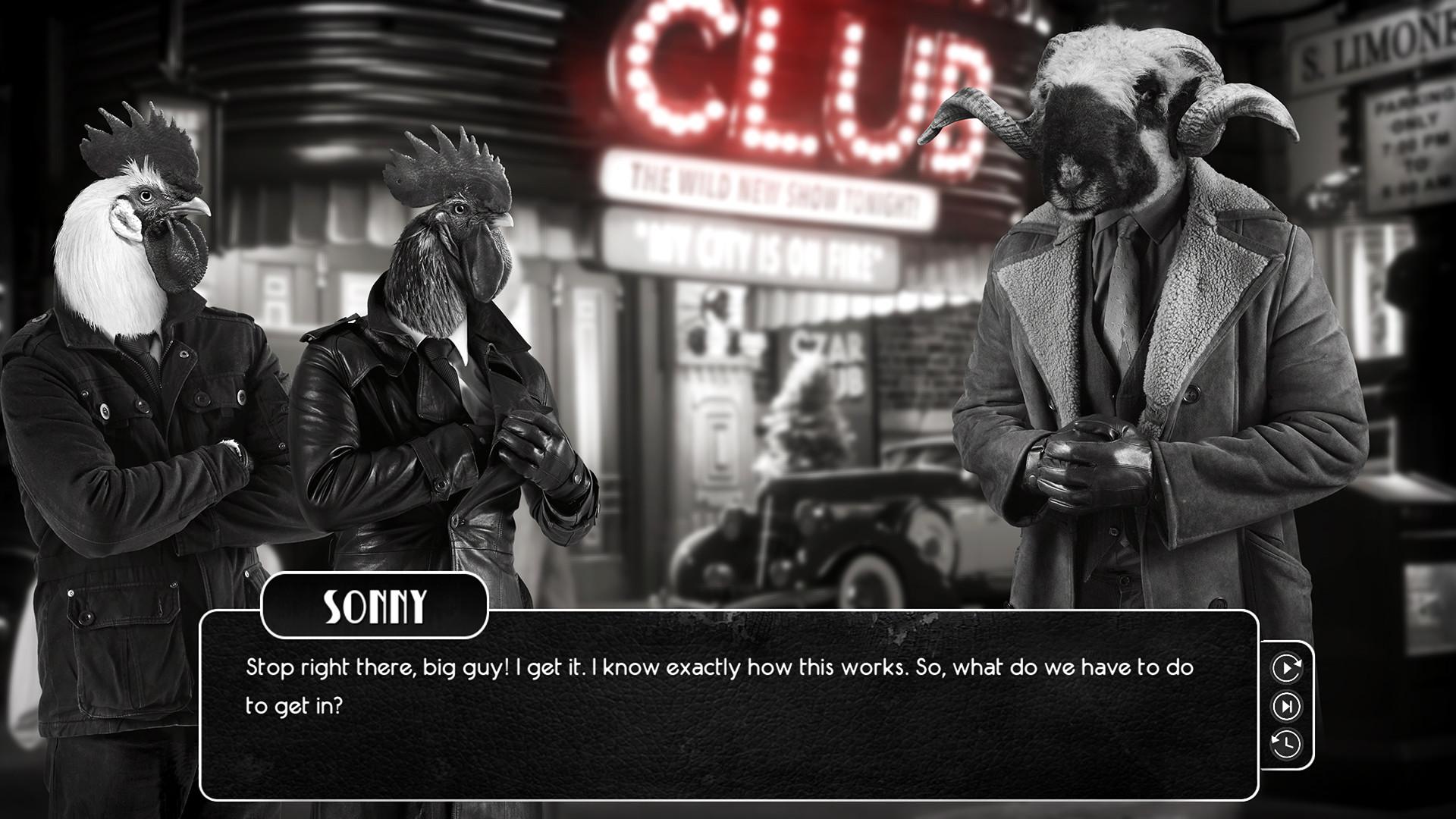 Chicken Police - Paint it RED! is a narrative-driven noir adventure with a complex interrogation system and mystery-solving detective gameplay.

Sonny Featherland and Marty MacChicken were once a legendary detective-duo, the Chicken Police. But that was almost a decade ago, and time had passed them by... Now, Sonny is just a semi-alcoholic wreck of a bird on his paid leave, while Marty still hides behind the facade of a star-detective. During their last case, they nearly killed each other, and they haven't spoken ever since...

Now Sonny and Marty are forced to work together on a case that's weirder and wilder than anything they've ever encountered before!

Chicken Police is a story-rich, dialogue-heavy adventure, combining elements of the visual novels and classic adventure games. The game has more than 30 characters to talk to, with some having to be seriously interrogated. Collect tons of clues, evidence, and highly sensitive personal information from the shady characters of Clawville to use ruthlessly against them!

EXPLORE THE CITY OF CLAWVILLE (again, and again...)

There are more than 30 places to visit and some of them will change several times during the story. You can return to previous locations on several occasions to find hidden secrets, meet new characters, or gather information about the world and its inhabitants.

Chicken Police has a weirdly-stunning visual style made with the usage of real photos and photo-realistic 3D backgrounds, inspired by classic film-noir movies like The Big Sleep, Double Indemnity or Gilda and games like Grim Fandango, Policenauts, Snatcher, L.A.Noire, Aviary Attorney or the Tex Murphy series. The game was also heavily influenced by animated features like Porco Rosso, Fantastic Mr. Fox, and the series: BoJack Horseman.

The noir mood is enhanced by an original musical score, backed up by professional voice acting from the studio that brought you the voices of The Wolf Among Us, Horizon Zero Dawn and Warhammer: End Times - Vermintide 2. The game is 100% voice-acted with more than 8+ hours of spoken dialogue!

"This city never sleeps - they say. Maybe that's why it is so cranky all the time."

The city of Clawville was built as an Edenic place, where predators and prey can live in peace. But the dream remained just a dream while Clawville slowly became the darkest corner of all the Wilderness.

Chicken Police is a satire, which recalls the mood and atmosphere of the 40's film-noir classics, and as the best noirs and hardboiled detective stories, it's so gritty and hopeless, that it can only be served with a lot of cynical humor...

Games have similar tags:
The Longest Road On Earth
A thoughtful and deeply personal title with stripped-down mechanics. The lack of dialogue or text allows you to create your own narrative through your time with four characters. Each short story will allow players to be swept away by the haunting lyrics of over twenty original, nostalgic songs.
Tribal Hunter
An action platformer with size-changing mechanics. Be quick and nimble or large and in-charge!
Animal Crossing: New Horizons
Peaceful creativity and charm await as you roll up your sleeves and make your new life whatever you want it to be. Collect resources and craft everything from creature comforts to handy tools. Embrace your green thumb as you interact with flowers and trees in new ways. Set up a homestead where the rules of what goes indoors and out no longer apply. Make friends with new arrivals, enjoy the seasons, pole-vault across rivers as you explore, and more!
Super Animal Royale
It’s a fight for furvival! Super Animal Royale is a 64-player, frenetic, top-down 2D battle royale where murderous animals fight tooth, claw, and machine gun across an abandoned safari park.
Comments (0)
Login
Write the first comment!
Sitemap
HomeGame ListAuthor ListTag List
Languages
English简体中文繁體中文日本語
Feedback
Site Status