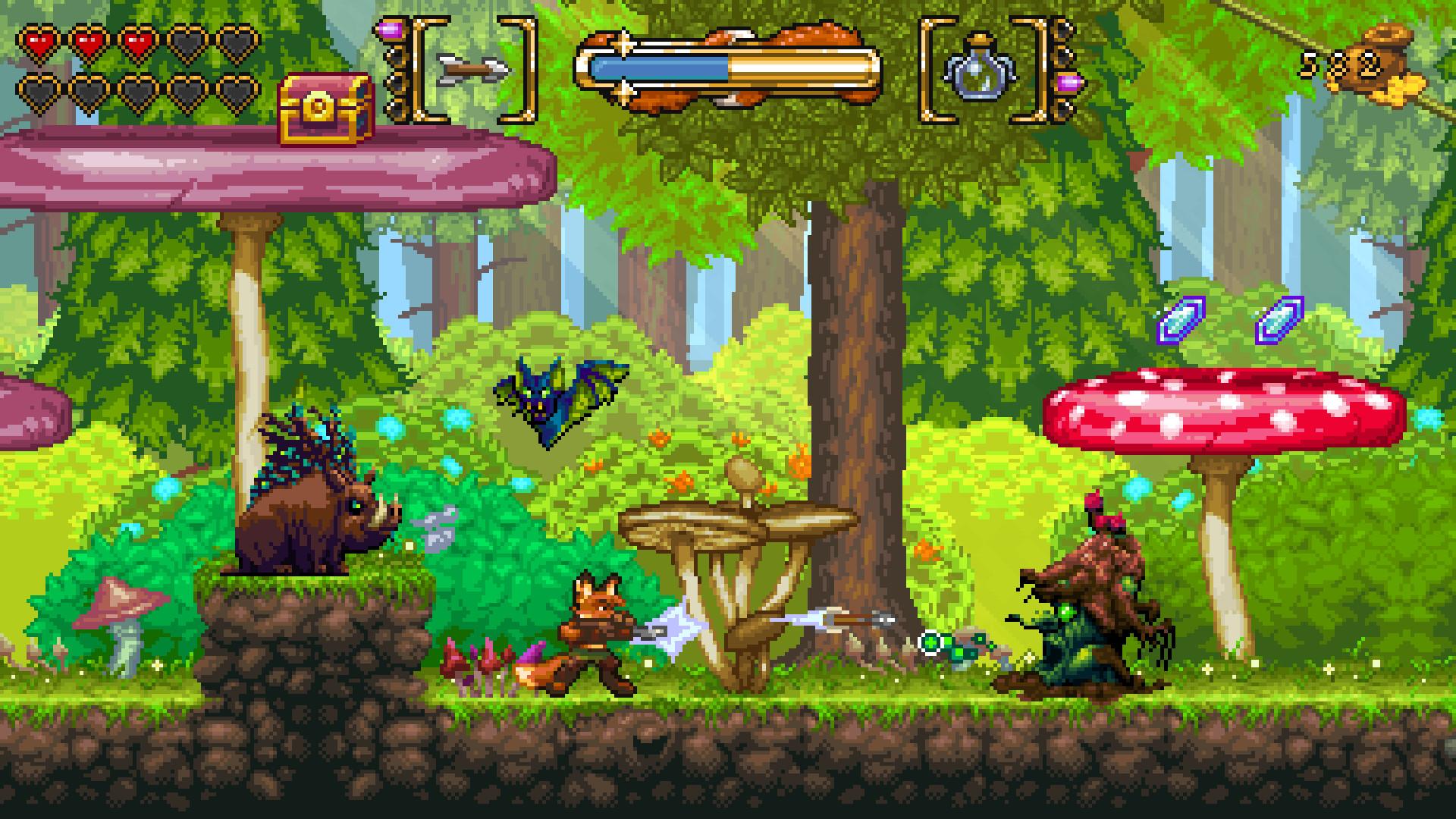 FOX n FORESTS is a 16-bit style action platformer with RPG elements! Switch seasons on the fly and wield your crossbow to unveil the mystery of the 5th season.

FOX n FORESTS is a 2D action platformer with RPG elements inspired by the glorious days of 16-bit! Switch between various seasons on the fly, shoot and slash with your magic melee crossbow and snatch valuable loot to unveil the mystery of the 5th seasons. A thrilling pixel art fable with rewarding super secrets, screen filling bosses and thriving exploration. This is 16-bit how you remember it!

Wield a weapon like no other to shoot, slash, slide and switch seasons.

Help Rick the Fox uncover the mystery of the 5th season and bring back justice to the forests and its inhabitants.

16-bit how you remember it with gorgeous pixel art and a catchy chiptunes soundtrack.

Games have similar tags:
Tribal Hunter
An action platformer with size-changing mechanics. Be quick and nimble or large and in-charge!
TUNIC
Explore a land filled with lost legends, ancient powers, and ferocious monsters in TUNIC, an isometric action game about a small fox on a big adventure.
Furwind
Furwind is a colorful, pixel art style, action-platformer game that evokes the challeging classics of the old days. Embark on this epic adventure in which a little fox will fight the ominous darkness that is invading its world.
Anubis And The Buried Bone
Explore an egyptian themed authentic retro action-adventure platformer. Powerful souls have escaped Anubis's clutches, so he has to hunt them down, enhancing his abilities along the way by discovering numerous items and unlocking secrets.
Comments (0)
Login
Write the first comment!
Sitemap
HomeGame ListAuthor ListTag List
Languages
English简体中文繁體中文日本語
Feedback
Site Status