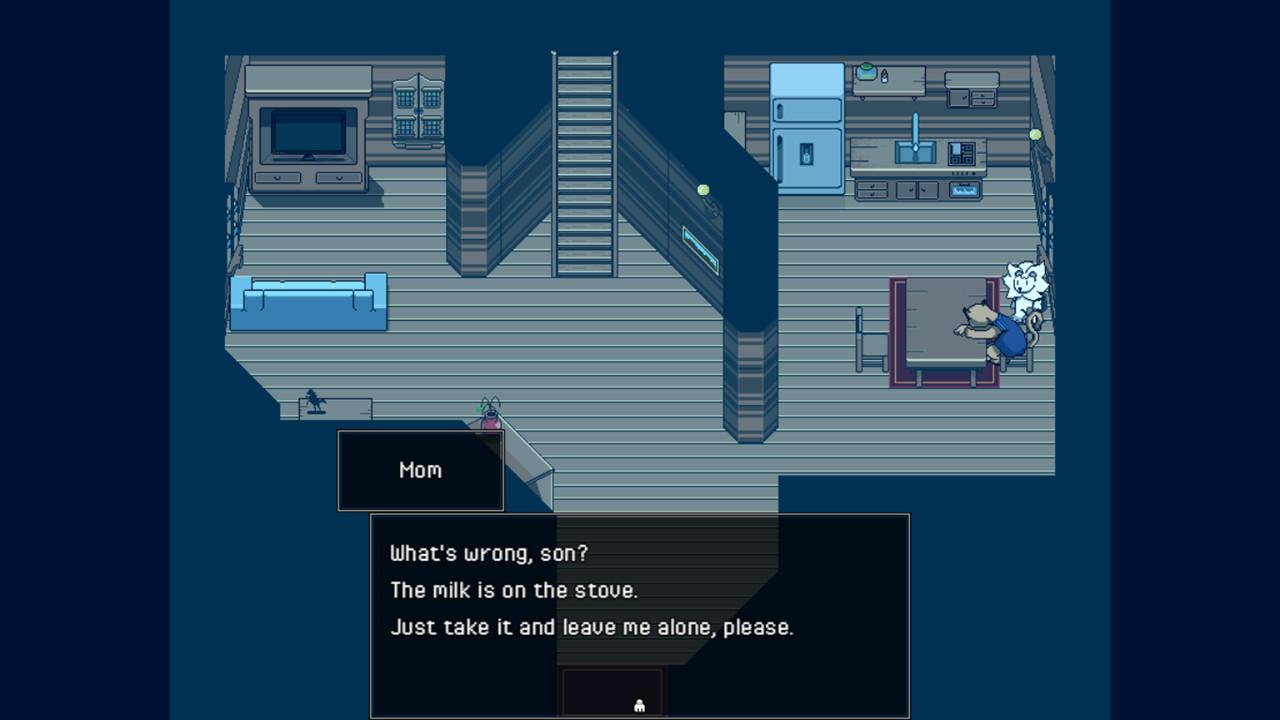 Lenin – The Lion is a Puzzle RPG game about overcoming fears. Walk into chaos and find the claws of loneliness or carefully build your path and find the benefits of understanding and acceptance.

Lenin is an albino lion, the only one of his kind, and because of that he feels insecure and constantly discouraged. Worse, his mother does not understand why his son was born this way, and the whole village despises him and treats him cruelly. At school, he suffers bullying and can’t concentrate on class.

Now, hopeless about life, certain situations seem to awaken in Lenin something that is not of everyone’s reality, but only of his. Something he will discover to be part of something else. Besides, Lenin will find other animals species , which may help him to understand himself. However, things are getting dangerous and Lenin needs to take care with his actions (your actions).

Traveling between daily life and a strange place, Lenin will have to face his inner fears and enemies – and often, the outer ones as well.

Lenin - The Lion is like a typical aerial-view RPGs of the SNES or Gameboy Color classics. The difference here is given by some criteria:

Games have similar tags:
Meadow
A forum in games clothing, this online fable experience lets old and new fans of the Shelter series come together and encounter a peculiar world.
Shelter 2
Guide a powerful Lynx through vast open landscapes. Give birth to your cubs, raise and strengthen them by mastering your skills for hunting prey. Explore the wild beauty of nature and do everything possible to prepare your family for the vicious entities dwelling on the cold tundra.
TUNIC
Explore a land filled with lost legends, ancient powers, and ferocious monsters in TUNIC, an isometric action game about a small fox on a big adventure.
Paws
Paws is a standalone, single player, adventure, platformer set in the world of Shelter 2 with loss and friendship as its central themes.
Comments (0)
Login
Write the first comment!
Sitemap
HomeGame ListAuthor ListTag List
Languages
English简体中文繁體中文日本語
Feedback
Site Status