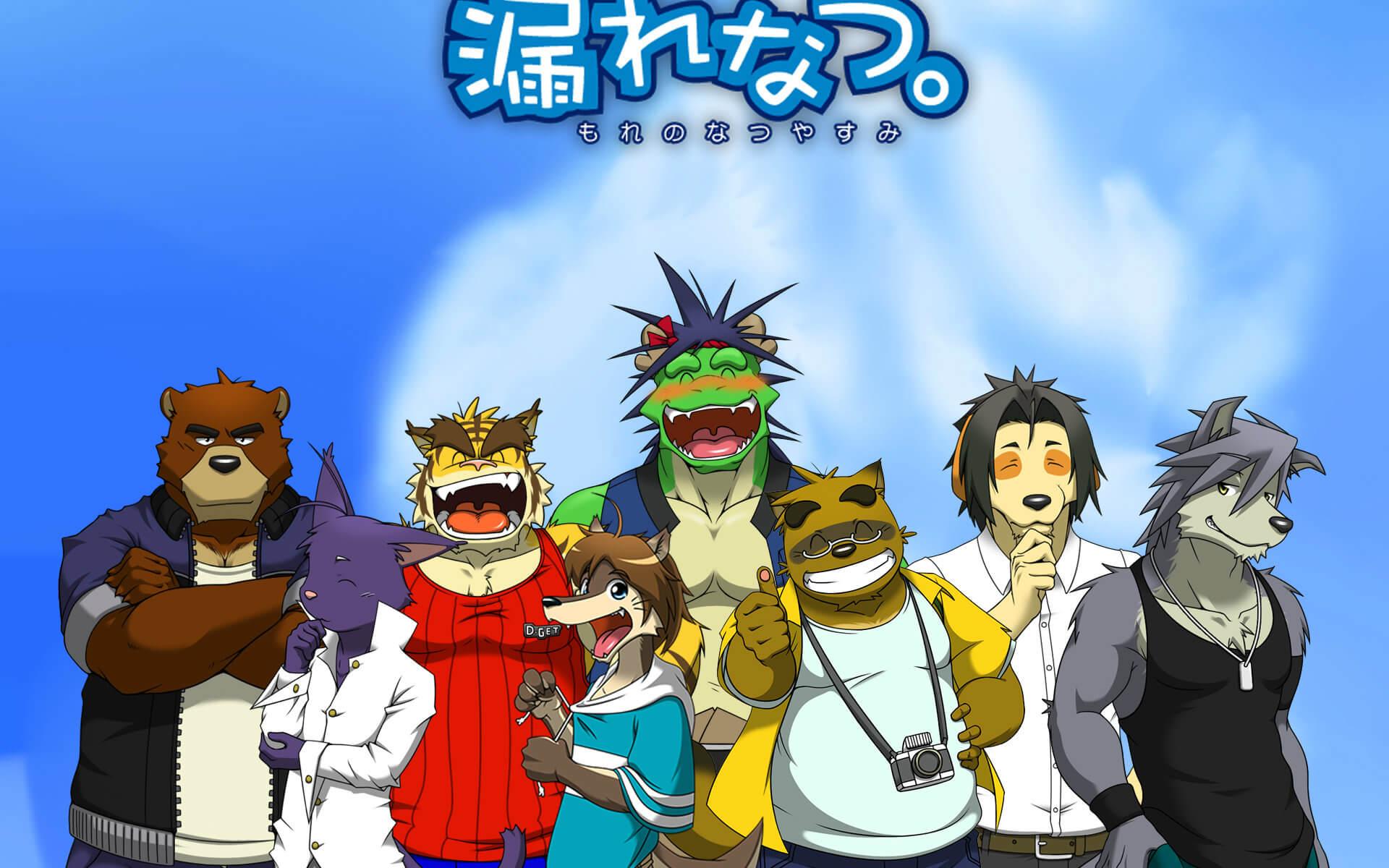 The game takes place during summer vacation in Japan.

The protagonist-player, a human, gets a letter from a friend in the village where he spent his childhood, Minasato village (Minasato-mura). He moved away to the city five years ago. His grandparents currently live there, so he decides to return there for the summer.

The player has one month to gain the affection of one of nine main characters. If the player makes the correct decisions, he and one of the characters will make love and establish a romantic relationship.

Games have similar tags:
Morenatsu (Unoffical ver) / 漏れなつ。（非公式版）
This unofficial version was made by adding the Torahiko route scenario and some new graphics (that unrelated person made) to official “Morenatsu ver.3
Homecoming ~Morenatsu Revisited~
In Homecoming, you take on the role of a young Japanese snow fox named Hiroyuki Nishimura. After moving away from your hometown Minasato to Osaka five years ago, you receive an unexpected letter from an old friend inviting you back for one last summer vacation before completing your senior year of high school. What complicates things is how you've neglected to contact any of your friends over the years. Although nervous, you accept the invitation.
Another Eidos Of Dragon Vein R
世界最強のエモノと化したキミを追いかけ回すタワーディフェンス！こんな××ゲー、見たことない！誰とでもデキる、ボーダレスラブストーリー！
Extracurricular Activities
Extracurricular Activities is a visual novel following the main character (you!) through his endeavor of trying to romance a member of his tennis team
Comments (0)
Login
Write the first comment!
Sitemap
HomeGame ListAuthor ListTag List
Languages
English简体中文繁體中文日本語
Feedback
Site Status