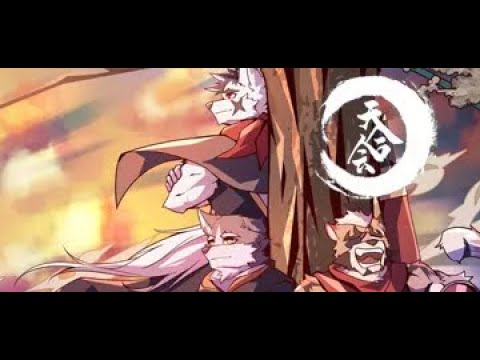 The story Tianhehui tells about an adventure of an ordinary novelist Tex who comes all the way from Moro and sets foot on this eastern continent, the country of Xi in order to draw materials and expand his horizons.

Later in order to find what is stolen by a thief, very precious treasure, Tex chooses to entrust these two kind-hearted people who have a sense of justice, white Wolf and yellow tiger, Who named Baiyu and Chenhu.

He then joined Team at their invitation. This is where the story begins The hidden unknown past and riddle over the years on Tex will involve him in a huge dispute which would launch a new era on this eastern continent.

(Currently only Simplified Chinese but we are working on the English version.)

(If you want, we welcome you to participate in English translation.)

Games have similar tags:
煦风新笺
我们的故事将从小老虎浦昼转校到风本学院的那一天开始。那天，他因为种种原因而在报到截止的最后一分钟赶到。迎接他的白虎教师语出惊人，后续的发展更是令他意想不到——而他奇妙多彩的学院新生活，也就在此时，『欢
Lost End
This is a high degree of freedom game that combines text-based romance and nurturing. Players will play the protagonist to experience a youthful college senior year.
Limits
Limits is an interactive M/M visual novel. What happens within is for you to find out.Interested?
Major\Minor
A highly engaging visual novel, with memorable characters and multiple endings. Traverse worlds, solve a murder mystery -- and partake in political revolution. Inspired by greats such as Steins;Gate, Tales of Symphonia, Persona 4 and Future Diary. An unforgettable science-fiction/fantasy adventure!
This game is an ongoing project.
Support Languages:
Chinese
Tags:
type:visual-novelspecies:lungspecies:catspecies:tigerspecies:dog
Links:
Official Weibo
Bilibili
Get on Itch.io
Contributors:
FurryGamesIndex
Sitemap
HomeGame ListAuthor ListTag List
Languages
English简体中文繁體中文日本語
Feedback