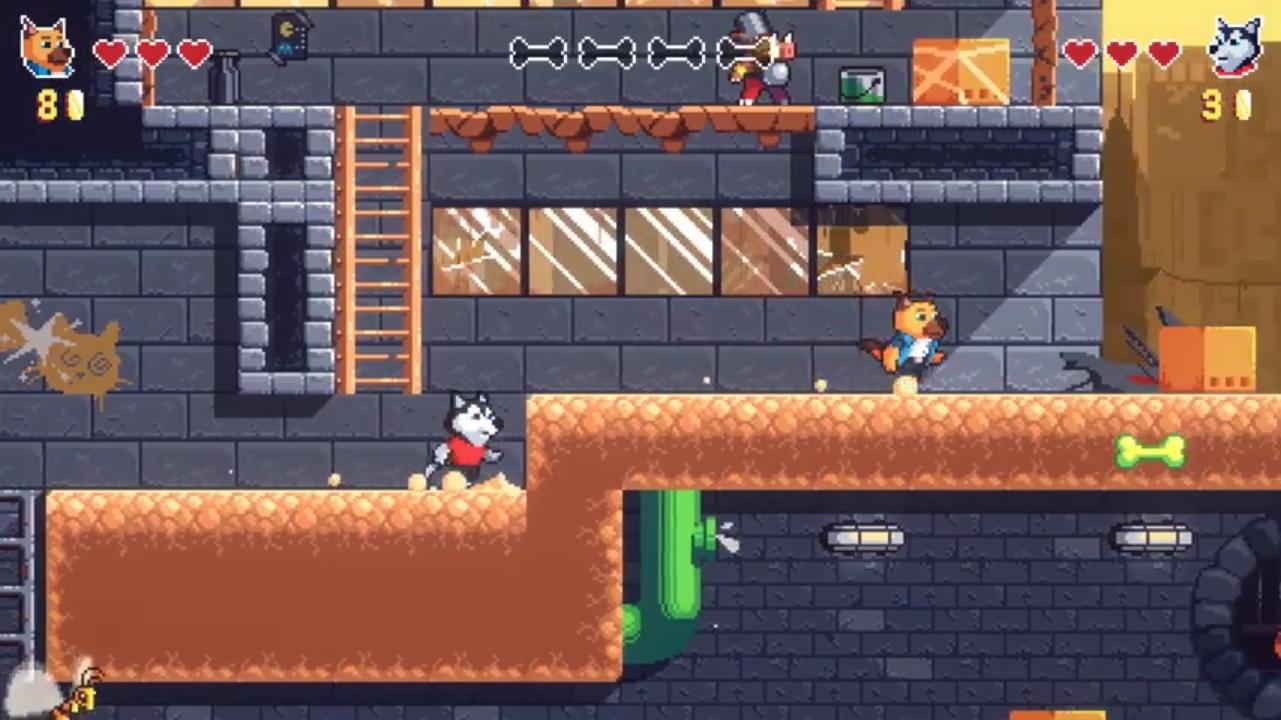 Undercat is a 2D action platformer where you play as a rebellious dog who is tired of catkind’s tyranny. Catch cats and shake out all their coins and use them to buy items. Throw stuff at your enemies and be shot from a cannon. Solve puzzles and end the cat tyranny once and for all.

The once thriving city full of animals has been taken over by cats. They’ve enslaved all the animals and put collars on them. Those that have refused to obey have been kicked out of the city and crammed into slums. You are playing an oppressed dog named “Chips”. He grew up in the slums and recently joined a rebellion group in order to take back the city and end the cats’ tyranny once and for all.

In order to defeat the cats, you will have to save other animals who are captive to their rule. Create diversions, look for different items that can help you in your rebellion, and brawl with cats along the way.

Utilize different mechanics in order to proceed though the game. As a dog, you have an amazing sense of smell; use it to find items and secret locations.

Pick up boxes, cats and other animals, shake them well and throw them away! No obstacle or cat should stand on your way!

If crushing everything on your way is not a solution, use boxes, trash cans and bushes to hide. Use your stealth for sneak attacks on your enemies or to proceed undetected.

Games have similar tags:
Stray
Lost, alone and separated from family, a stray cat must untangle an ancient mystery to escape a long-forgotten cybercity and find their way home.
Paw Paw Paw
Paw Paw Paw was a peaceful and prosperous kingdom. Until one day, when the King had decided to enforce everyone to wear pants. We are the resistance. We are the Antipants.
Tribal Hunter
An action platformer with size-changing mechanics. Be quick and nimble or large and in-charge!
World Flipper
World Flipper, a pinball-themed action mobile game with pixel graphics and a retro feel. Don't miss out on this EPIC pinball adventure!
Comments (0)
Login
Write the first comment!
Sitemap
HomeGame ListAuthor ListTag List
Languages
English简体中文繁體中文日本語
Feedback
Site Status