Windows
macOS
Linux
Android
This game may contain sensitive content or may not be appropriate for viewing at work.
This game is an ongoing project.
This game is not just about Furry topics. This means you may not like this game.
Support Languages:
English
Chinese (Unoffical)
Tags:
type:visual-novel
type:adventure
type:bara
type:yiff
species:dragon
Show more
Methods of Obtaining:
Itch.io
Official Patreon
Unofficial Chinese version
Related Links:
Official Discord
Contributors: 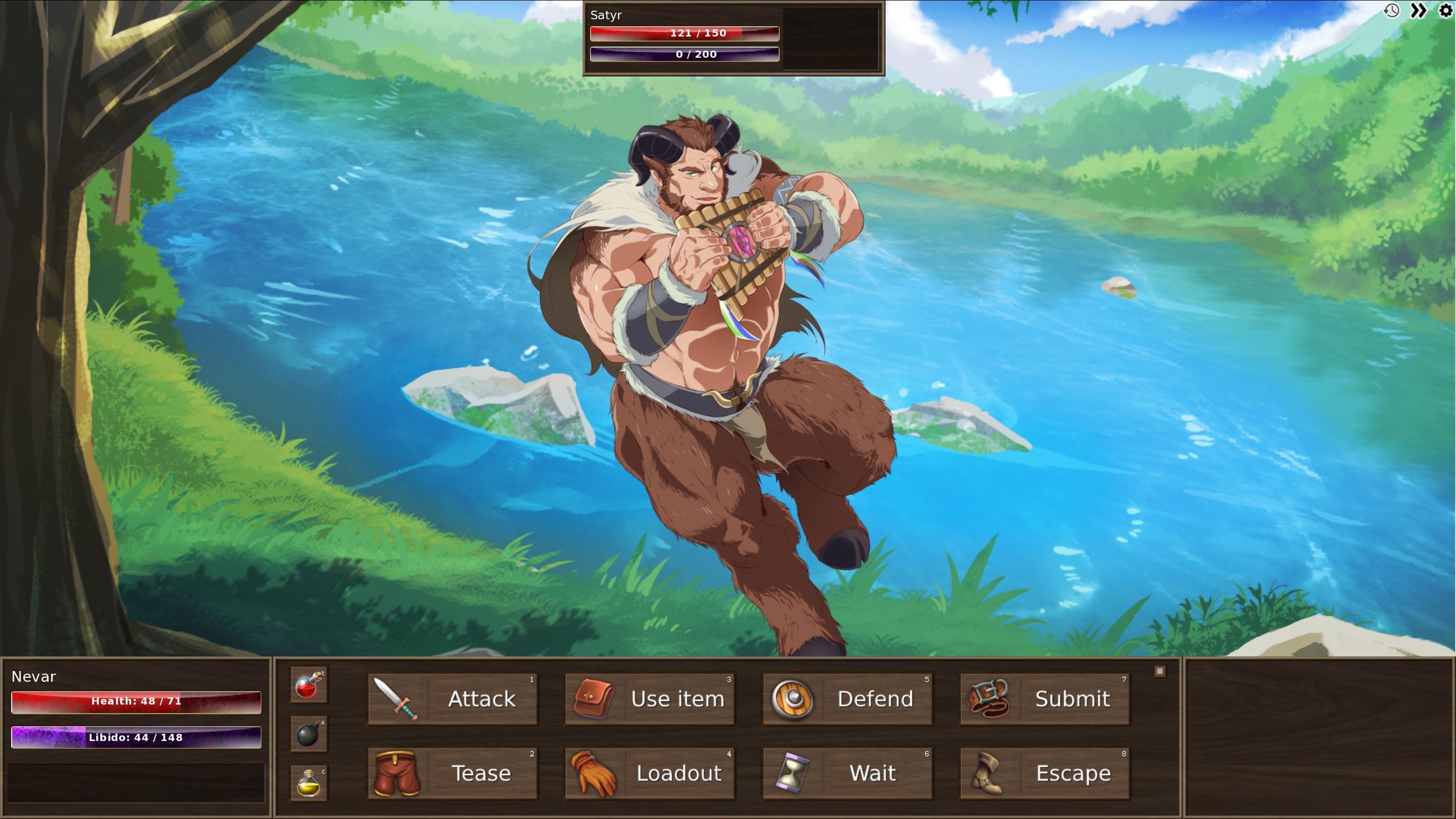 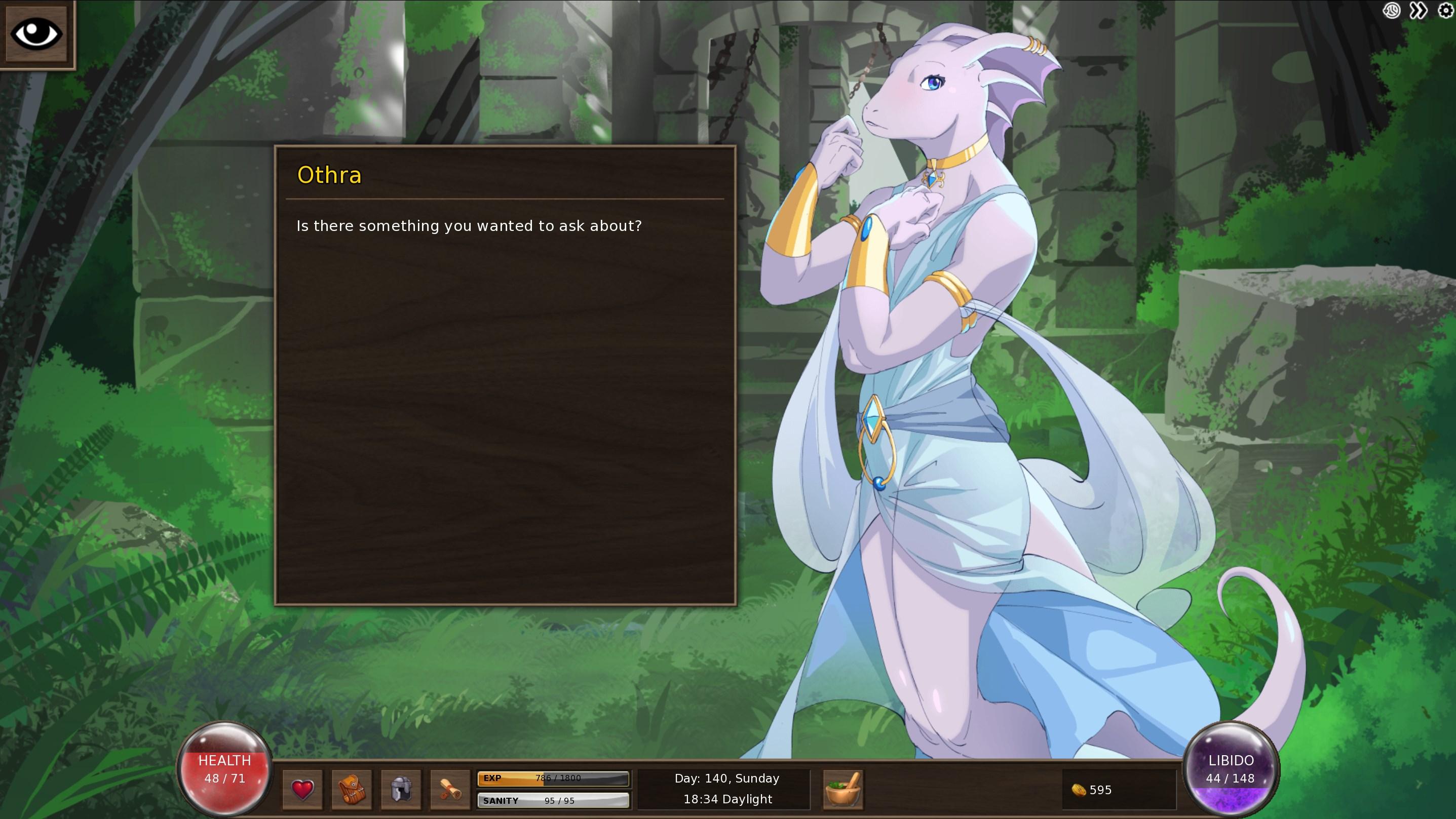 During your adventure you are going to meet a lot of people and you will face many different situations. Have in mind that the way you deal with the problem may have consequences later. Do you want to be a hero everyone respect or maybe you prefer to give all the pleasure to everyone interested?

What is Lustful Desires?

It’s an adult text-based game with rpg mechanics, inspired by titles like “Flexible Survival” or “Trials in Tainted Space".

Can you tell me something about the world?

It’s a typical fantasy world where people lives in a small towns trying to survive in a dangerous surroundings. The wilderness is full of beasts and unfortunately not all of them are friendly, not to mention it’s very easy to get lost in thick forests or vast swamps. Some even mentioning ancient ruins scattered all around the land, but not many were able to learn about the past. It’s easier to stick to one safe place, instead of travelling, but yet it still not stopping people from exploring.

Lately the situation started to change. The urges and desires rises everywhere making living creatures wanting something more than only food and a place to rest.

How does the game looks?

Like in all text-based game everything here is described with words. A lot of words.

The graphic is only a helping touch. At this point everything in this area is a Work In Progress – background, interface. In the future I hope I will be able to add graphics of creatures and beasts you can encounter.

What do I have to do?

During your adventure you are going to meet a lot of people and you will face many different situations. Have in mind that the way you deal with the problem may have consequences later. Do you want to be a hero everyone respect or maybe you prefer to give all the pleasure to everyone interested?

During the talks you will have the options to pick the way you want your character to behave. This may look similar to narrative in a visual novels and like in those some scenes gonna look different depend on what route you took.

There is also a simple battle system. You gonna meet the same opponents very often and their behavior will change depend on how you acted earlier. The bandit will look at you differently if you decide to submit to him, instead of fighting.

Also as an herbalist you will learn a lot about making potions which will help you during your journeys. Prepare yourself for a lot of trips to find resources needed for crafting, but be careful because they can end in an unexpected ways.

How about some kind of summary?

What are you planning to add?

Games with same authors:
Wolfstar Sins and Paradise
Lost to a mysterious city of sin, this visual novel will explore and focus primarily on the choices our hero Wolfstar makes in his new afterlife.
Extracurricular Activities
Extracurricular Activities is a visual novel following the main character (you!) through his endeavor of trying to romance a member of his tennis team
Endless Bounty
This is a point and click adventure where you lead Drok'tar through the town of Gabranth and its surrounding areas while looking for his bounty. You'll meet a slew of characters along with way, and if you play your cards right, you'll find yourself in more... erotic situations with some of them.
Games have similar tags:
Tavern of Spear
You are the young adventurer from the Lost Spear Tribe who’s come of age and ready to prove himself as an adventurer.But adventure leads you to a s
Outland Wanderer
Player is an outsider stumbling upon the continent of Mokken.In his attempt to travel back to his own Tribe, he bonds and form different relationsh
Blackgate
Welcome to Blackgate, a nonlinear visual novel about a town filled with monsters. The who, what, when, where, why, and how are up to you to figure out
Rack
Rack is a science-themed bondage game where you can perform sexual tests and experiments using a variety of toys and gadgets. As you play the game, yo
Comments (0)
Login
Write the first comment!
Sitemap
HomeGame ListAuthor ListTag List
Languages
English简体中文繁體中文日本語
Feedback
Site Status