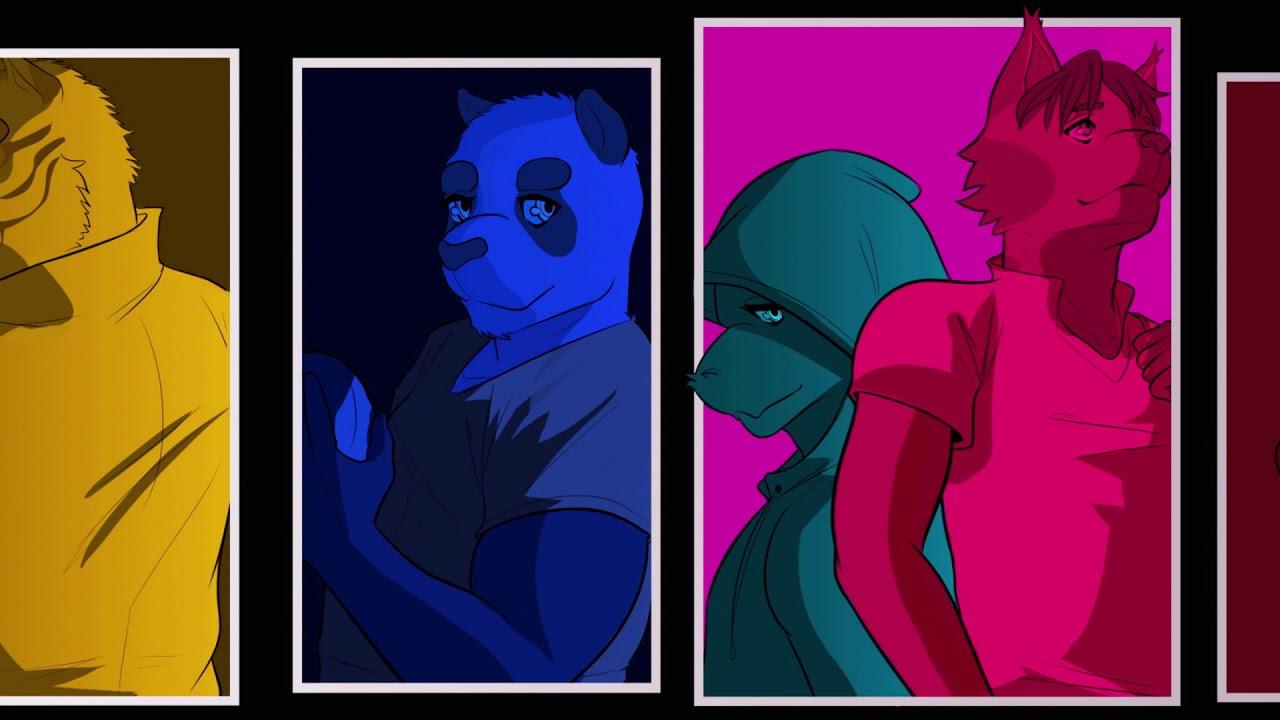 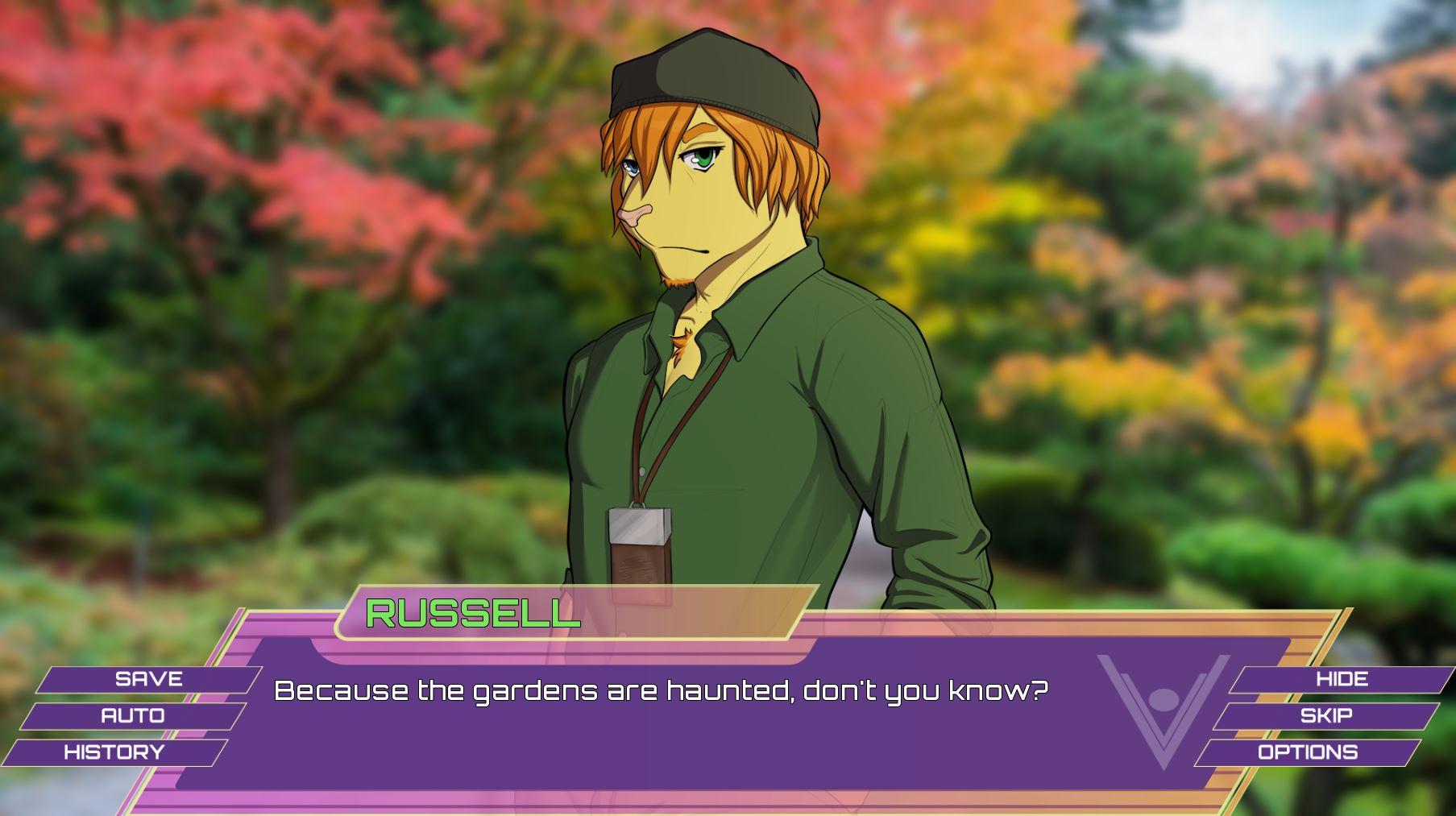 In “Santa Lucia”, you take on the role of a young cat named Ben in his first semester at the University of Santa Lucia. As a child, Ben was prone to crippling headaches and blackouts. One night in his first year of high school, these pains culminated in a terrifying nightmare, which marked the beginning of recurring night terrors which have plagued his life ever since then.

In “Santa Lucia”, you take on the role of a young cat named Ben in his first semester at the University of Santa Lucia. As a child, Ben was prone to crippling headaches and blackouts. One night in his first year of high school, these pains culminated in a terrifying nightmare, which marked the beginning of recurring night terrors which have plagued his life ever since then.

Still, Ben manages to maintain an optimistic view of life, looking forward to the change of pace university has to offer. As you experience Ben's first semester, you'll encounter a wide cast of colorful characters, several of whom you'll be able to pursue a romantic relationship with. However, some nights Ben still has those headaches which caused him so much grief growing up. Will you be able to live your first semester of university to the fullest, or will the pains eventually overwhelm you?

WHAT IS THIS PROJECT?

Santa Lucia is an adult-oriented visual novel being developed by a branch team of Stormsinger Studios. This game has been DzahnDragon’s baby for years and is what he initially set out to build experience for with the Morenatsu Revisited project. Dzahn and Devilizer aim to create an engrossing drama about a young man’s first experience with college life, hopefully bringing back nostalgic memories for readers who have gone through something similar.

This visual novel is intended for adults only and will feature graphic depictions of homosexual relationships. There are also depictions of violence and trauma that readers may find disturbing.

The protagonist, Ben is an incoming freshman at the University of Santa Lucia. Sociable but easy to embarrass, Ben is the kind to stick his neck out for those he considers friends.

Chris and Russell are the upperclassmen who individually take on mentorship roles for Ben. Chris is Ben’s university-appointed “Student Mentor”, guiding him through the first semester with advice and support, while Russell is the cool dude who happens to take a liking to our “fish out of water” cat.

Your classmates in the same mentorship group under Chris. These are the three characters Ben has the opportunity to pursue a relationship with over the course of the game. Bryan is an up and coming football star, while Nate has his sights set on someday being on Broadway. Carlos is the kind who keeps his head down, working hard to eventually become a lawyer.

Karina is one of your old friends from elementary school who by chance happens to be attending the same university as you after not seeing each other for years. Your friendship continues almost as if it never ended.

Zach is your roommate for Freshman year. Be careful, he’s very shy and extremely introverted! Hopefully Ben’s able to connect with him, otherwise it’s going to be a long semester…

Games with same authors:
Homecoming ~Morenatsu Revisited~
In Homecoming, you take on the role of a young Japanese snow fox named Hiroyuki Nishimura. After moving away from your hometown Minasato to Osaka five years ago, you receive an unexpected letter from an old friend inviting you back for one last summer vacation before completing your senior year of high school. What complicates things is how you've neglected to contact any of your friends over the years. Although nervous, you accept the invitation.
Games have similar tags:
Tennis Ace
Tennis Ace is a visual novel following in the more traditional Japanese VN mold, with a lengthier prologue, a higher focus on characterization and anime-esque art.
Kemo Coliseum
Kemo Coliseum is an adult puzzle RPG game. Players will take a role of Volga, an ex-soldier from the Nuana, the country of the North, and participate
Notes of Hearts
《Notes of Hearts》 is a video game still in development which will be available both on Windows and Mac OS. The core-gameplay combines elements from the JRPG and Dating Simulator genres. The battle-system is turn-based and allows for party-based 3 vs 3 combat scenarios.
Rack2: Furry Science
Rack 2 is a bondage-themed adult video game featuring predominately furry / anthropomorphic characters. You play the role of a scientist at Rack Laboratories, where you conduct sexual experiments for research and profit!
Comments (0)
Login
Write the first comment!
Sitemap
HomeGame ListAuthor ListTag List
Languages
English简体中文繁體中文日本語
Feedback
Site Status