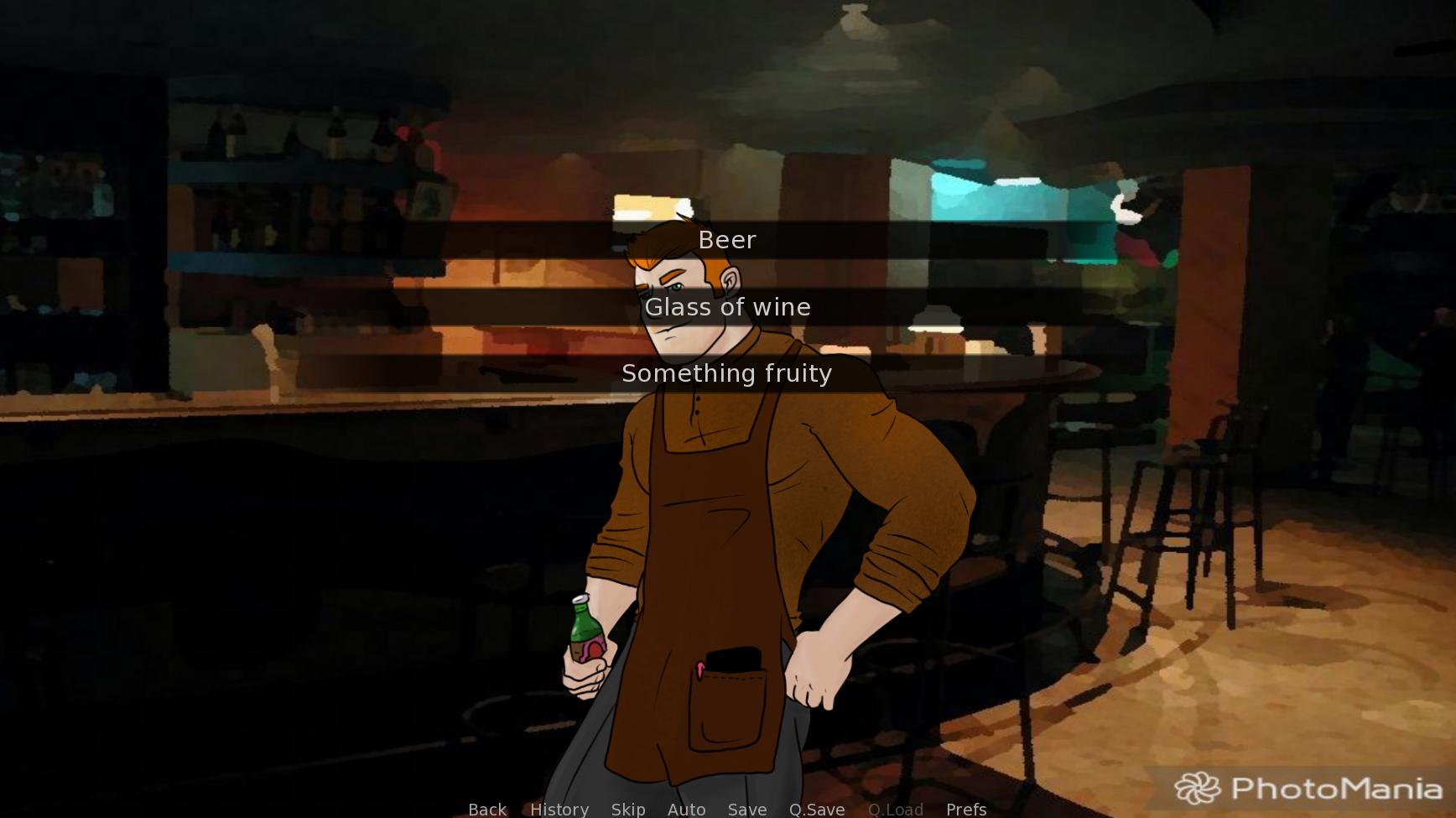 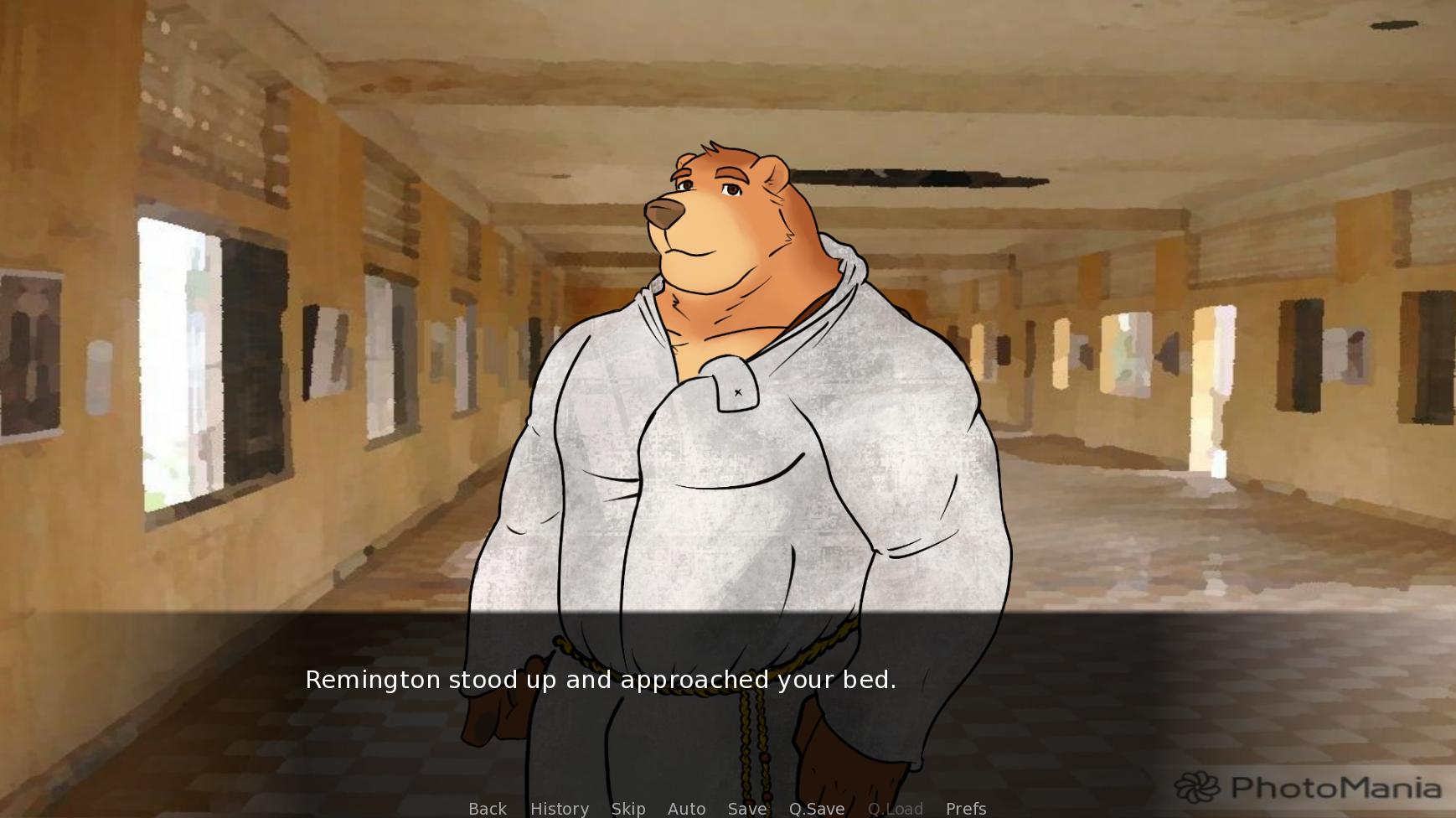 I'm Healer Main and I'm in the process of creating a visual novel themed on a magical concept I've had floating around my brain for years. I have been so inspired by countless VNs over the past two years that I couldn't help but want to get more involved with creating my own. The primary inspirations for what I'm creating would be (in no specific order) Coming Out On Top, Extracurricular Activities, Morenatsu, and House of Beef.

This story follows you, the main character, as you explore a brand new world of magic and beings of all shapes and sizes. You come upon your powers suddenly and wake up at The Delta Academy for Men with nothing but questions. As you learn more about magic and start befriending (and further) your fellow classmates or teachers, an uprising occurs that you feel compelled to assist with.

However, things aren't always as they seem. Friends become foes, enemies become lovers, the fabric of reality itself becomes subjective. Can you harness your powers and protect the cosmos? Will love be the key to saving everyone or get in the way?

The final game will feature at least six 'datable' main characters as well as a slew of side-characters to interact with. There will be no 'wrong' answers in The Delta Academy but your choices will open up or close routes and scenes depending on the choices you make.

I'm still in need of a background artist so while I've included placeholders, please know they're just that. I hope they're not too distracting!

I'll be releasing two chapters a month on Patreon, but will provide public builds here on itch.io as well as on my Patreon page every couple months.

The second being you meet after waking up in The Delta Academy, Steven is also the only other human at the academy. He's a Bane, putting him in control of the natural elements. Steven came to the academy about a year ago and, from what you gather, in a similar circumstance to your own. The details are still a mystery to you.

What is he so worried about sharing? What in from his past keeps him so guarded? As you get closer to this fire mage perhaps you can get him to open up and share his demons.

Bryce, Bryce, Bryce. A humorous Shield with heterochromia certainly has a knack for getting into sticky situations. He's lovable, sure, and may come off as aloof and carefree most of the time, but there's something he's not telling you. What is it?

While getting closer to Mr. Unlucky, you hope to uncover his dark past that fuels his desire to live every moment without regret because nothing really matters. Will you be the one who reminds him that there are important things still left in the cosmoses? At the very least, will you be his good luck charm to prevent as many clothing malfunctions?

A Minotaur, a Healer, and your roommate: Bok seems to have quite the stick up his butt. For having powers solely focused on nurturing and helping those around him, he certainly doesn't play into the stereotype. He doesn't seem thrilled to be a Healer and to that end, he doesn't seem jived about The Delta Academy at all.

What's making him so angry with you, the academy, and seemingly everything? Can you befriend this gruff bull or is any attempt to warm him up a lost cause?

Born a Tennant, raised a Raven, Spiff is a highly capable martial artist. Ravens, being impervious to almost all magic, train in physical prowess and with a Tennant's natural abilities he's suited well for the role.

But he seems too willing to flirt with danger. It's only a matter of time before the cat catches his tongue. What is he trying to prove? Why does he seem to willing to throw himself at every risky opportunity? Can you calm him down or will you join him in his runaway ride towards self-destruction?

Arcanist Remington Bohld is an accomplished and powerful Nox that you meet when you wake up in The Delta Academy. Not exactly what you expected to see, either. He came to the academy nearly a decade ago to better assist in helping novice mages that had no other option. He also takes the role as your primary professor at the academy, so you spend a lot of time with him discovering and developing your talents.

He seems pretty easy to fluster though, which may prove fun for you. Why is he so uncomfortable with certain subjects anyway? Where there ulterior motives for leaving his esteemed job prior?

A dragonkin, Drax is one of the few Benders at The Delta Academy. With the ability to control and bend the minds of non-mages and, as you quickly find out, novice mages, he is uneasy to be around. To have any chance of getting close to him you're going to need to build up some mental defenses or you may become his prey.

While he teeters on the edge of evil will you be able to keep him on the side of good? Or will you be the push he needs to fully embrace his ability to shape the minds of mortals? And, will you follow him into that descent?

Games have similar tags:
The Pirate's Fate
Embark on a swashbuckling adventure in The Pirate's Fate, a visual novel experience with a unique twist: the story, the crew, and who you are transform based on your choices. Seek treasure, find love, and choose your fate.
Extracurricular Activities
Extracurricular Activities is a visual novel following the main character (you!) through his endeavor of trying to romance a member of his tennis team
Homecoming ~Morenatsu Revisited~
In Homecoming, you take on the role of a young Japanese snow fox named Hiroyuki Nishimura. After moving away from your hometown Minasato to Osaka five years ago, you receive an unexpected letter from an old friend inviting you back for one last summer vacation before completing your senior year of high school. What complicates things is how you've neglected to contact any of your friends over the years. Although nervous, you accept the invitation.
Blackgate
Welcome to Blackgate, a nonlinear visual novel about a town filled with monsters. The who, what, when, where, why, and how are up to you to figure out
Comments (0)
Login
Write the first comment!
Sitemap
HomeGame ListAuthor ListTag List
Languages
English简体中文繁體中文日本語
Feedback
Site Status