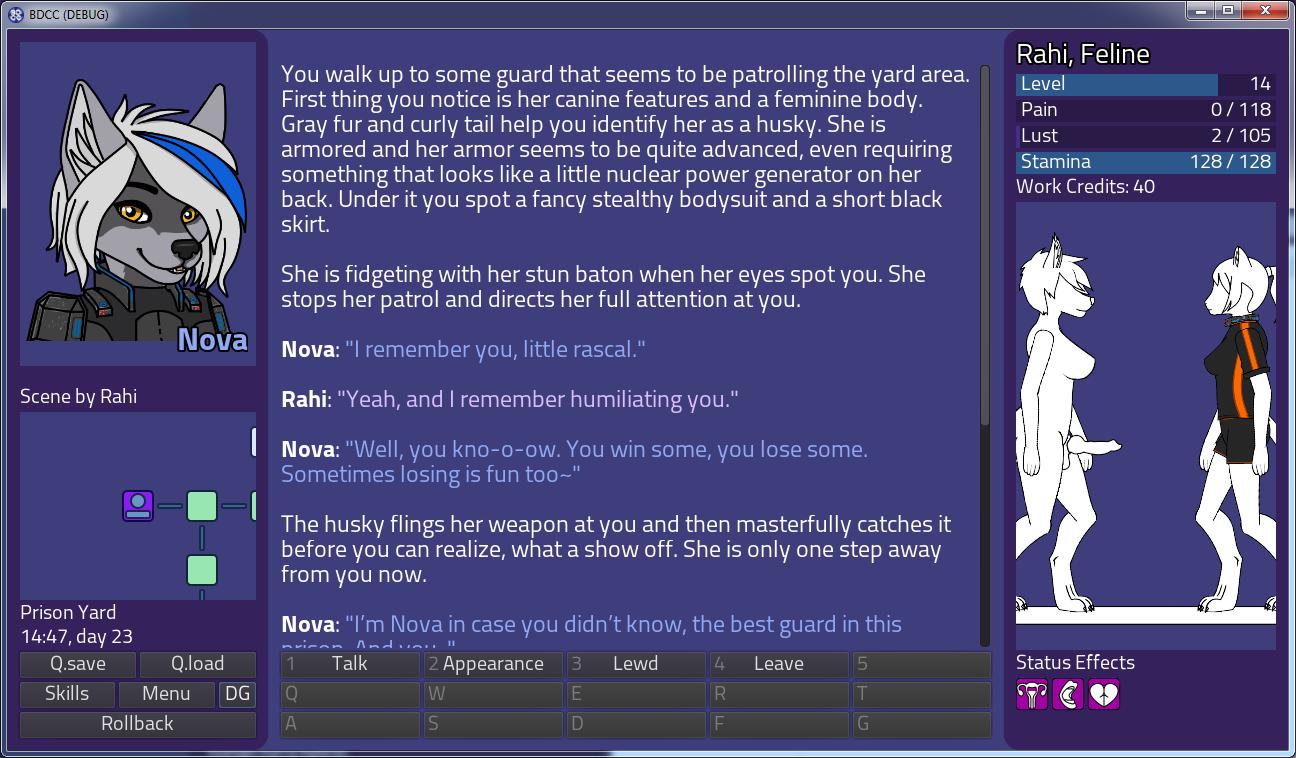 The game's story will explore many dark topics like legal slavery, forced breeding and others. There is content for both subby and dominant players but obviously switches will get to experience everything.

The game is currently in development and is completely open source.

Games have similar tags:
Corruption of Champions II
Corruption of Champions II is an erotic text-based adventure RPG in which you contend with an invasion of perverse demons into your home realm. Romance friends and enemies such as catgirl clerics and kitsune mages, transform your body, and try to defeat the spreading corruption - or surrender to it!
Rack
Rack is a science-themed bondage game where you can perform sexual tests and experiments using a variety of toys and gadgets. As you play the game, yo
Amorous
Thrust yourself to the front of the line of Amorous, a bustling furry night club that invites you to explore it's neon lights and eccentric characters. Immerse yourself with a fleshed out character creator and treat yourself to a varied cast of potential dates to explore!
Blackgate
Welcome to Blackgate, a nonlinear visual novel about a town filled with monsters. The who, what, when, where, why, and how are up to you to figure out
Comments (0)
Login
Write the first comment!
Sitemap
HomeGame ListAuthor ListTag List
Languages
English简体中文繁體中文日本語
Feedback
Site Status