Windows
This game may contain sensitive content or may not be appropriate for viewing at work.
This game is an ongoing project.
Support Languages:
Chinese
Tags:
type:visual-novel
type:bara
type:yiff
species:wolf
species:dog
Show more
Methods of Obtaining:
Get Demo on Steam
Related Links:
Official Weibo
Contributors: 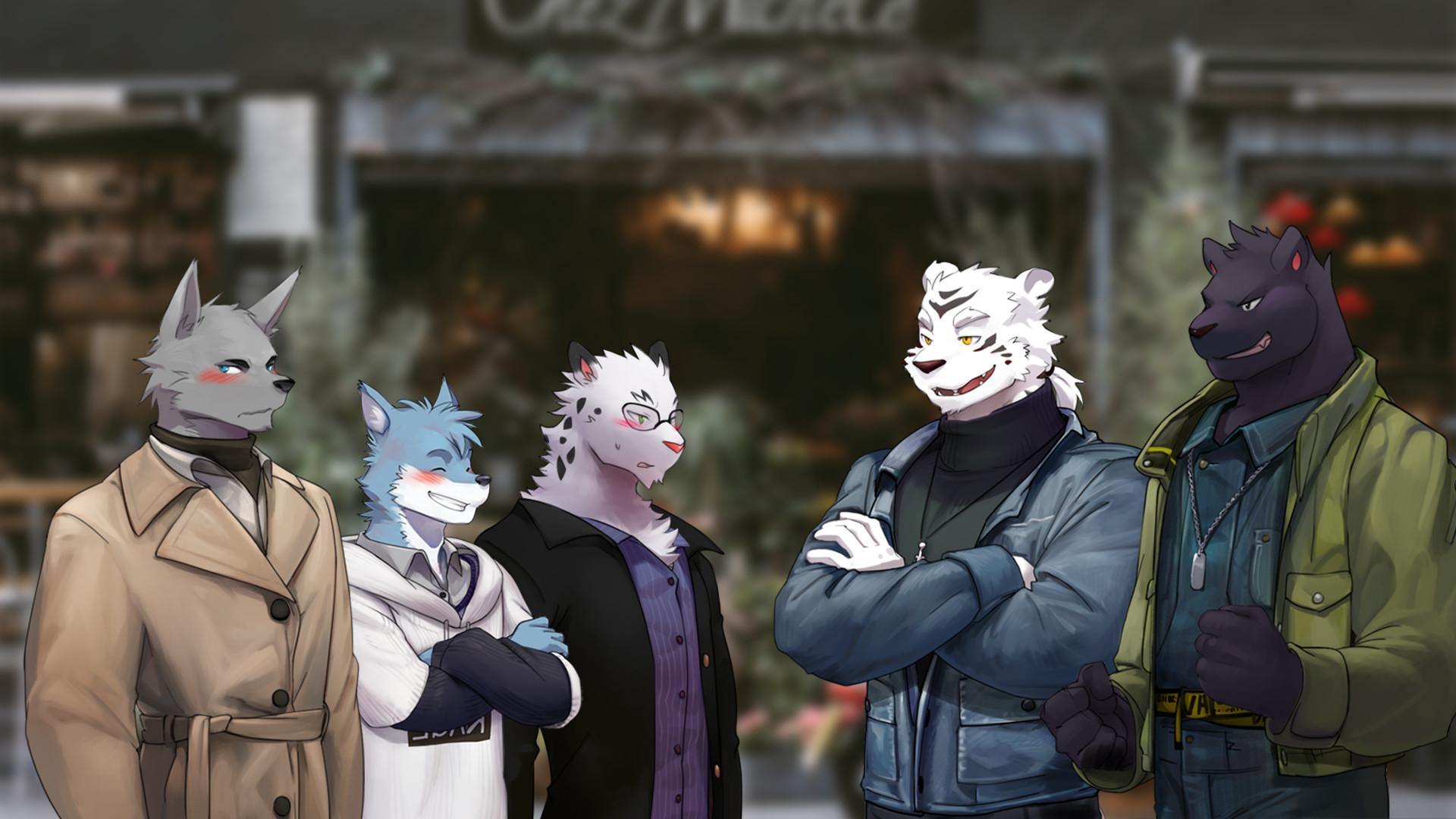 GrandNestling is a Ren’py based Suspense/Dating sim AVG game. The game demands the players to solve a series of cases through limited clues while helping the protagonist, Leo, to heal from the trauma of an accident and eventually find his life goal.

《GrandNestling》 is a Ren’py based Suspense/Dating sim AVG game. The game demands the players to solve a series of cases through limited clues while helping the protagonist, Leo, to heal from the trauma of an accident and eventually find his life goal.

As of right now, the supported language of this game is limited to Simplified Chinese. The English version of the game will be supported in the future.

A realistic and immersive experience through illustrations of the game characters, the game’s setting, and its plot.An engaging gameplay experience for plays to get involved with the main character’s life. A multi-line narrative that includes the perspectives of 7 other characters (this is accessible after completing the game the first time).

Side Note: the First Page Of An Old Diary

Time passed fast. Since when I started to enjoy keeping a diary?It has been a whole year ever since I knew them. I have made a lot of new friends, and I also reconnected with some old friends as well. But most importantly, I met him… Well, the point of this diary was to document all my life events in the last year. Since I’m becoming more and more forgetful, I have to write everything down before they all get lost in my messy mind. The stuff that I am about to keep in this diary are all secrets which I would lock inside a safe, and the safe could never be opened by anyone else except me. But if I passed away at some point, this diary would bring those back to light again. Suppose it happens… If others find out the tough guy in their mind actually has such a flabby aspect, then I’d rather jump off a building. So, whoever opens this diary, I just want you to read it as a tasteless story, and you shall never share it to anyone else! Otherwise, all my reputation and dignity would be diminished. Anyway, that’s all I have to say. Let the story begin on May 1st of last year…

Games have similar tags:
Lunateria
I, NaruEver created this visual novel where you will play the role of the protagonist (Raiga), the blue dog who keeps his sexuality a secret to others
Rack2: Furry Science
Rack 2 is a bondage-themed adult video game featuring predominately furry / anthropomorphic characters. You play the role of a scientist at Rack Laboratories, where you conduct sexual experiments for research and profit!
Knights College
Knights College is an adult kemono visual novel set in a dormitory where elite knights-in-training live. In this game, the cards the main character collects as he lives in the dormitory will present all possible choices.
Sileo: Tales of a New Dawn
Leave all of your troubles behind and start anew in the idyllic mountain town of Woodcrest! Reunite with an estranged best friend, begin a new career, meet the town's weirdest and most wonderful inhabitants... and maybe you will even find love?
Comments (0)
Login
Write the first comment!
Sitemap
HomeGame ListAuthor ListTag List
Languages
English简体中文繁體中文日本語
Feedback
Site Status