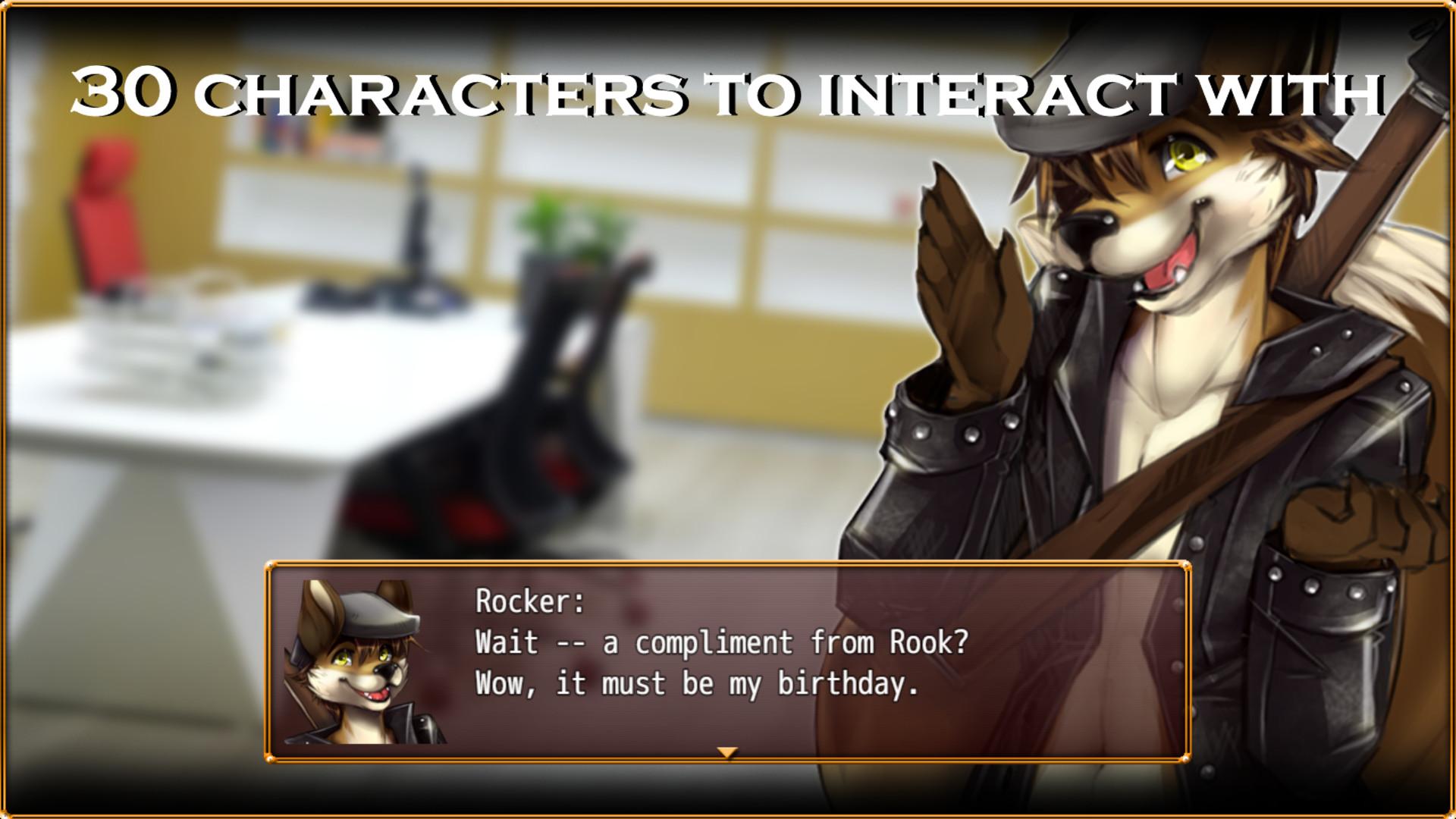 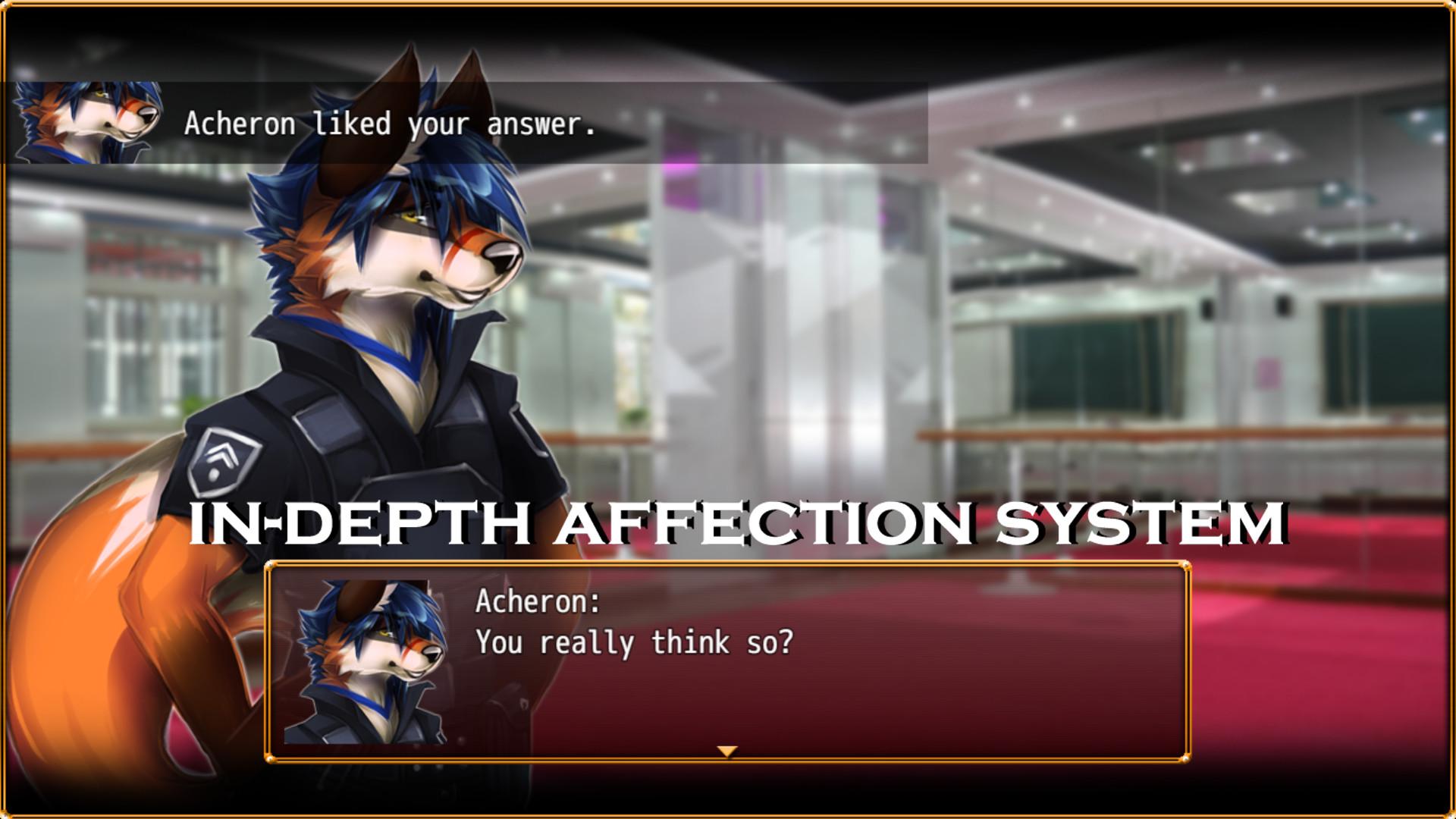 A highly engaging visual novel, with memorable characters and multiple endings. Traverse worlds, solve a murder mystery -- and partake in political revolution. Inspired by greats such as Steins;Gate, Tales of Symphonia, Persona 4 and Future Diary. An unforgettable science-fiction/fantasy adventure!

The Power to Manipulate Reality
The Struggle Between Two Worlds and Their Plagued Co-Existence
A Political Battle On The Verge Of Revolution
A Mysterious String Of Murders, Claiming Family and Friends
At The Heart of It All -- Is You

A wave of murder and suicide has been hitting the country, all under circumstances more than mysterious. You play as one of the "Lucky Two", winners of a contest who have the honor of touring with an international pop idol. But as you arrive in Tokyo for the launch of this world tour, events quickly escalate. You have no choice but to delve deeper into dangerous territory -- all in the name of uncovering the truth of these enigmatic deaths. A truth that involves the dissonant connection to another world; and the inhabitants within who seek salvation. You are The Savior -- and it is your job to deliver a brighter future to this world.

Games with same authors:
Winds of Change
Lead The Rebellion, build your army, and shape the world with your choices. A story-heavy adventure game with multiple endings, romance options, and non-linear storytelling. A vast fantasy world waiting to be explored. Inspired by Dragon Age, and Mass Effect. Fully voice acted by a stellar cast!
Games have similar tags:
Flexible Survival
FS is an adult text RPG that focuses on themes of transformation and related topics. You can find just about any kind of fetish or kink in FS, featuring content like your standard furry creatures, to more intriguing and exotic transformations like foxes made of latex, or girls made entirely of goo! There are over 250 unique forms in Flexible Survival, and over 100 NPCs to interact with.
Super Animal Royale
It’s a fight for furvival! Super Animal Royale is a 64-player, frenetic, top-down 2D battle royale where murderous animals fight tooth, claw, and machine gun across an abandoned safari park.
Animal Crossing: New Horizons
Peaceful creativity and charm await as you roll up your sleeves and make your new life whatever you want it to be. Collect resources and craft everything from creature comforts to handy tools. Embrace your green thumb as you interact with flowers and trees in new ways. Set up a homestead where the rules of what goes indoors and out no longer apply. Make friends with new arrivals, enjoy the seasons, pole-vault across rivers as you explore, and more!
Primal Legends
Assemble an army to fight through the world of Theria and duel players in real time! Become Legend!
Comments (0)
Login
Write the first comment!
Sitemap
HomeGame ListAuthor ListTag List
Languages
English简体中文繁體中文日本語
Feedback
Site Status