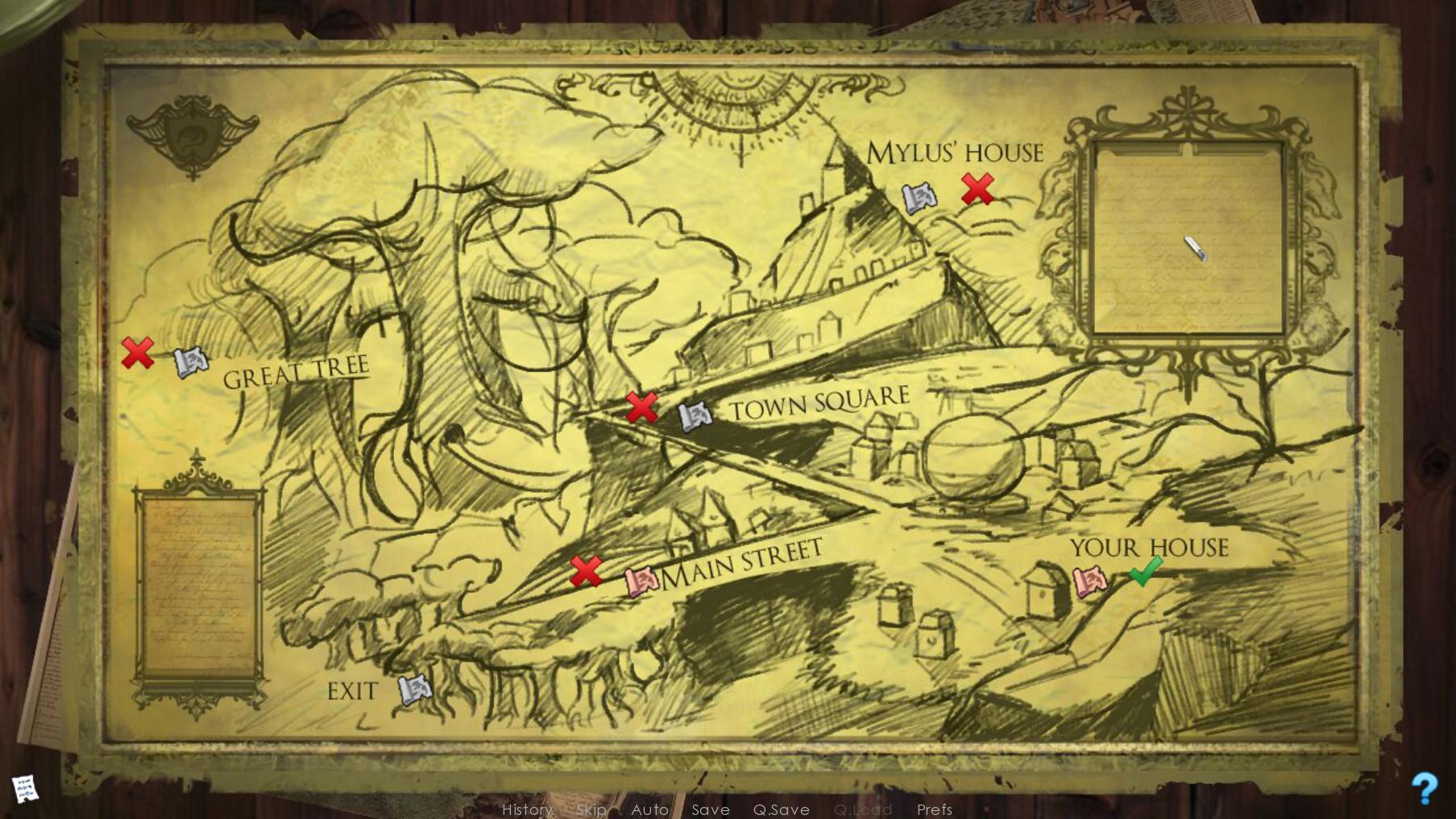 Lead The Rebellion, build your army, and shape the world with your choices. A story-heavy adventure game with multiple endings, romance options, and non-linear storytelling. A vast fantasy world waiting to be explored. Inspired by Dragon Age, and Mass Effect. Fully voice acted by a stellar cast!

Winds of Change is a 2D Visual Novel/Point-and-Click Adventure Game set in a living, breathing fantasy world. Embark on the journey of a lifetime! Join The Rebellion, amass an army, and liberate the world! Fully voice acted, with romance options, side quests, and optional content! Inspired by Dragon Age and Mass Effect. A huge amount of dialogue choices let you role play exactly as you want! Huge conversational trees! A game-changing 2D adventure project!

You are The Seer of Valinorth.

Blessed by the realm of spirits, you are given visions of the future in order to steer your nation's history down the right path. However, one night, a vision shakes the very foundation of everything you know. Forced to leave your home for good, you are thrust into the larger world of Alestia, and taken in by the arms of The Rebellion. Vying for freedom from the tyrannical rulers of the world – The Triumvirate -- The Rebellion fights for liberation.

At the center of this conflict is the mysterious “Blade of Exodus”. Once belonging to The Triumvirate themselves, it seems the key to victory may lie in using their own weapon against them. But who can wield an artifact of such immense power? Is victory really within reach, or will The Rebellion fall and be lost to history? The fate of everything rests on your shoulders alone, Seer.

Choose wisely, and enjoy your adventure...

ABOUT THE VOICE ACTING

Voice actors in Winds of Change are best known for performing in franchises/games such as:

Games with same authors:
Major\Minor
A highly engaging visual novel, with memorable characters and multiple endings. Traverse worlds, solve a murder mystery -- and partake in political revolution. Inspired by greats such as Steins;Gate, Tales of Symphonia, Persona 4 and Future Diary. An unforgettable science-fiction/fantasy adventure!
Games have similar tags:
Chicken Police
A wild tale of love, death, chickens, and redemption! Chicken Police is a buddy-cop noir adventure with a carefully crafted world, a gritty story, and absurd humor. The game mixes classic adventure games with visual novel-style storytelling, presented in a beak-droppingly unique art style.
Starry Chain
Starry Chain is an NSFW, gay furry visual-novel focused on the adventures of the main character Kailan Sabre. Depending on your choices, Kailan might learn something new and/or useful about the world he lives in, increasing or decreasing his relationship with other characters or getting himself in trouble. Every choice has some kind of impact and the narrative and it may change the outcome of the story.
World Flipper
World Flipper, a pinball-themed action mobile game with pixel graphics and a retro feel. Don't miss out on this EPIC pinball adventure!
The Human Heart
You are a human, with a heart longing for a partner. Will you find your love amongst the mammals in this new yet familiar world?There are seven lad
Comments (0)
Login
Write the first comment!
Sitemap
HomeGame ListAuthor ListTag List
Languages
English简体中文繁體中文日本語
Feedback
Site Status