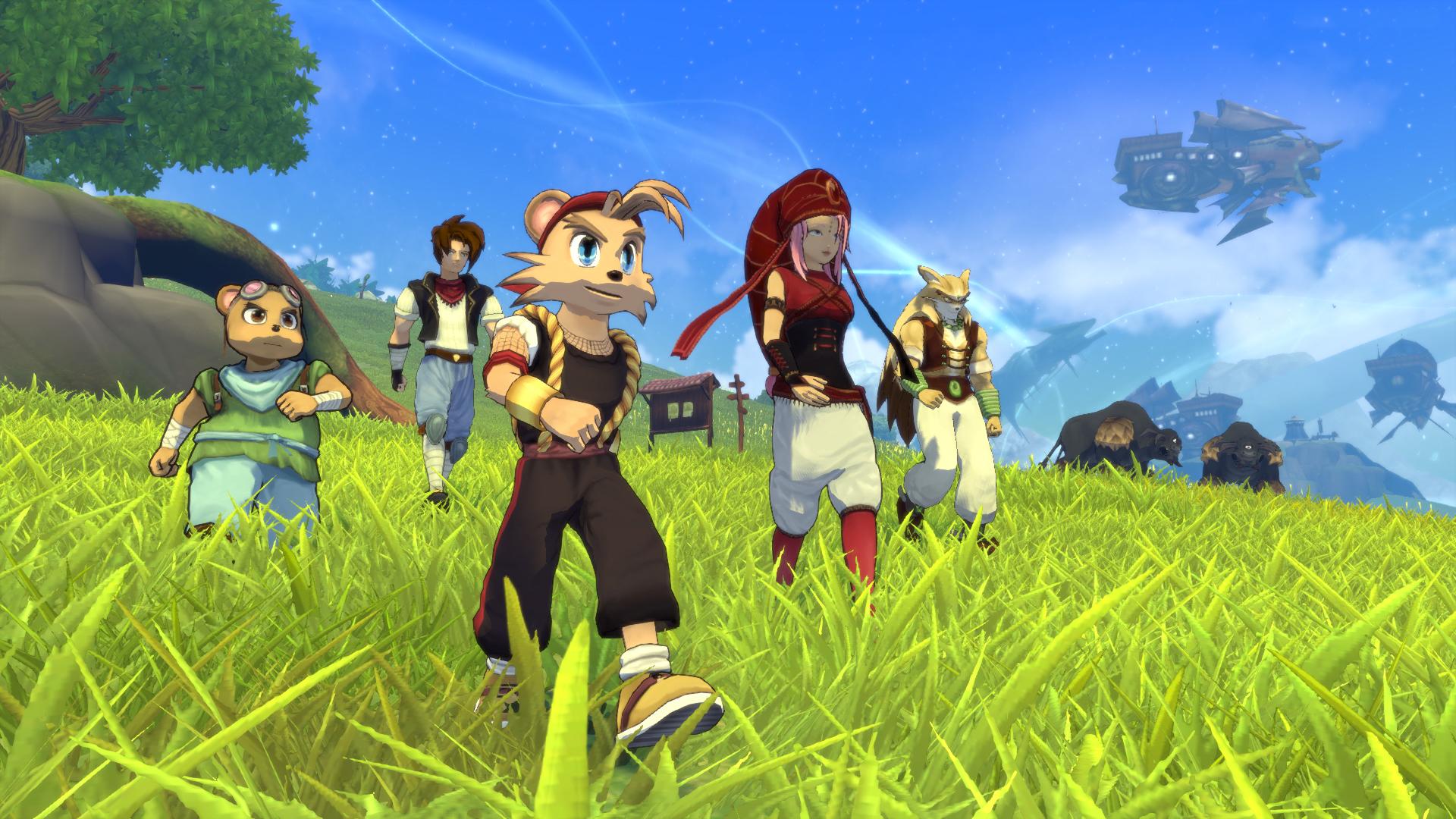 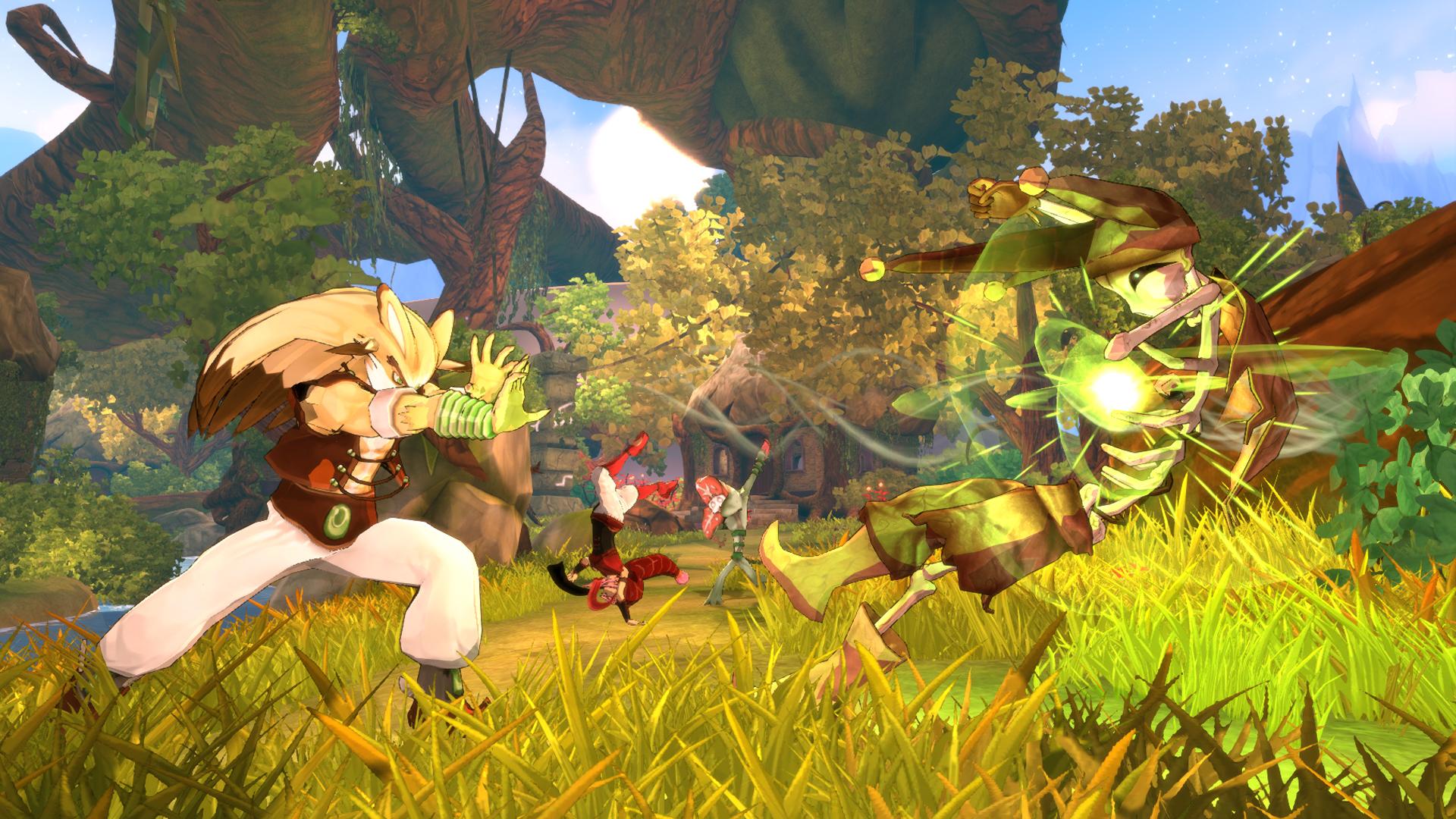 Shiness is an Action-RPG developed by indie development studio Enigami, which will let you travel in a captivating universe doomed to destruction ever since the fragmentation of the planet Mahera...

Shiness is an Action-RPG developed by indie development studio Enigami, which will let you travel in a captivating universe doomed to destruction ever since the fragmentation of the planet Mahera...

Play as Chado and his companions, and travel across the Celestial Islands onboard a flying boat. After a rough landing on hostile territory, you find yourself in the midst of a power struggle between several kingdoms. Chado might be able to resolve this situation thanks to Shiness, a magical spirit that only he can see.

Explore a large and captivating world with which you'll be able to interact thanks to the power of your 5 playable characters: crush a big rock using pure strength to enter a secret cave, or use telekinetic powers to activate some mechanisms and discover a back entry… During your journey, you'll meet dozens of dangerous enemies with whom you'll have to face off during hyper-dynamic fights mixing magic, and traditional fighting game mechanics (hit, block, combos…). Gain experience during those fights, while progressing in the storyline or by accomplishing numerous side quests. Evolve your characters, learn new skills and spells, and become the hero who will unify the civilizations of Mahera.

Games have similar tags:
Dragalia Lost
An action RPG forged by humans and dragons. Conquer your enemies using an array of powerful attacks and special skills and even by transforming into a dragon yourself!
Doodle Champion Island Games
Over the coming weeks, join calico (c)athlete Lucky as she explores Doodle Champion Island: a world filled with seven sport mini-games, legendary opponents, dozens of daring side quests, and a few new (and old ;)) friends. Her ultimate goal? Defeat each sport Champion to collect all seven sacred scrolls—and complete extra hidden challenges across Champion Island in the purrr-ocess.
Omensight: Definitive Edition
Omensight is an Action Murder Mystery game. In order to prevent the apocalypse, you are fated to repeat the last day of the world until it can be saved. Investigate clues, fight enemies, and solve the murder of the Godless-Priestess.
Flexible Survival
FS is an adult text RPG that focuses on themes of transformation and related topics. You can find just about any kind of fetish or kink in FS, featuring content like your standard furry creatures, to more intriguing and exotic transformations like foxes made of latex, or girls made entirely of goo! There are over 250 unique forms in Flexible Survival, and over 100 NPCs to interact with.
Comments (0)
Login
Write the first comment!
Sitemap
HomeGame ListAuthor ListTag List
Languages
English简体中文繁體中文日本語
Feedback
Site Status